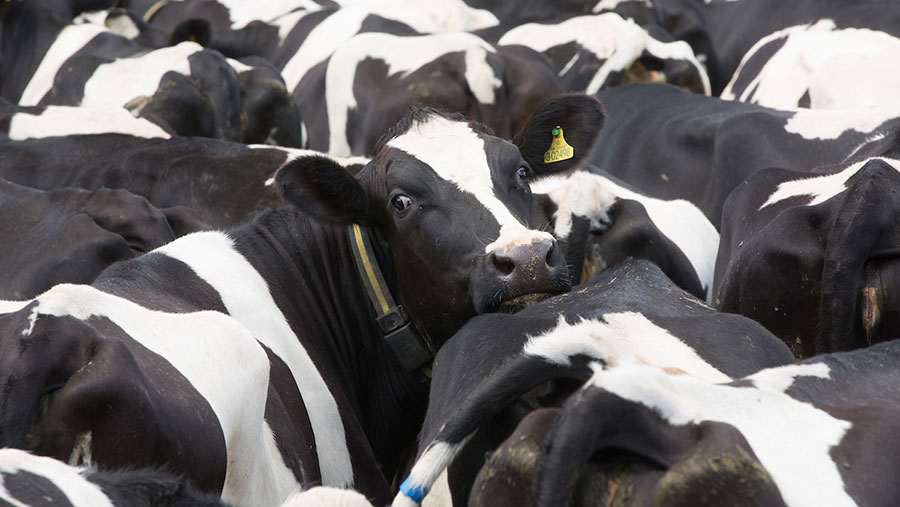 Dairy farmers must plan for cash deficits in the future to ensure their businesses can withstand volatility.

That was the message from economist Laurence Shalloo from Teagasc, who warned farmers not to become complacent about price volatility now that milk prices were steadily increasing.

“Volatility is here to stay and you have to have a business and system that can cope with volatility. It is something we have to plan for.”

See also: Volatility – how can farm businesses manage it?

Facts about the Irish dairy industry

Dr Shalloo said there was no better time to plan as prices improved and advised farmers to save “chunks of cash” while the price was good.

“If we don’t plan for volatility we won’t be in a stronger position the next time we have a downturn.”

Dr Shalloo said there were five cornerstones to tackling milk volatility – one of which was lowering the farm’s breakeven price.

Key to doing this is reducing on farm costs by increasing grass utilisation, reducing bought-in feed and improving herd fertility, he said.

He said UK milk processors also had a role in to play in driving the efficiency of farm businesses by providing clarity on what they wanted to farmers to produce – volume or solids – and suggested it would be better if the UK moved to milk solids to lower processing costs and get everyone working towards a common goal.

“Processors should be asking for solids irrespective of where the milk is going [manufacturing or liquid].

“I think then you would get people going in one single direction in terms of type of cow in the system and that’s where we are going to have a positive impact on profitability.”

Steps to safeguarding against dairy volatility

Grazed grass offers a cost advantage over bought in feed. Data from the National Farm Survey in Ireland showed for every one additional tonne of grass utilised farmers could increase net profits by €184/t/dm.

Target 90% in calf in six weeks. Replacement rate is key too as this tends to lower milk yield because first and second lactation animals are only capable of producing 75% and 92% of the yield of a fourth lactation cow.

Bring down the price at which you start to suffer so if the milk price drops you can survive it a lot better. There are two ways to affect the breakeven price – reduce costs and increase the value of your output such as increasing the value of milk solids.

Consider fixing a percentage of your milk

In Ireland farmers have the option to fix a proportion of their milk price for three years under schemes. For example, at Teagasc’s Greenfield Farm, fixing 26% of their Glanbia milk price resulted in a cost benefit of 2c/l – the equivalent of €35,000 – over a six-year-period on average, says Dr Shalloo.

How much you forward contract will depend on your debt level and drawings. If you have higher amounts of debt you may be better fixing a larger percentage of your milk.