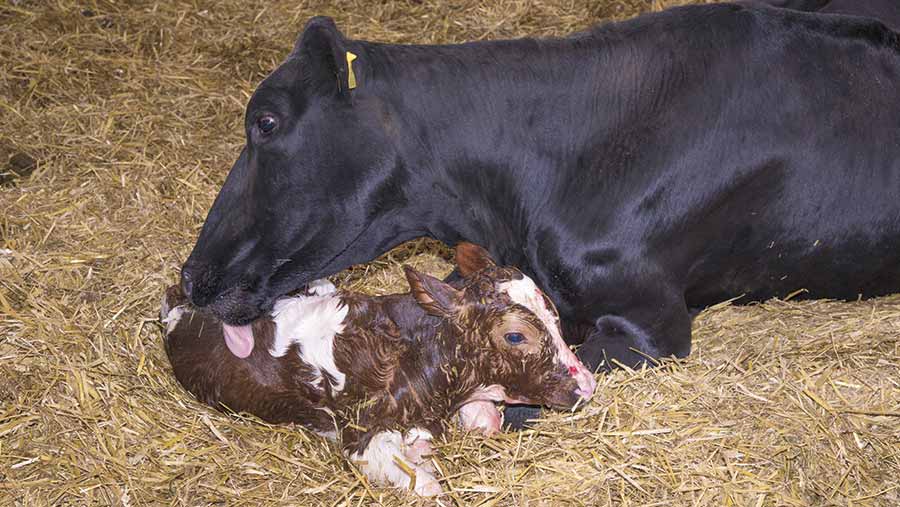 There are some key fertility figures that can demonstrate just how resilient, healthy and productive your herd is.

Ben Watts, a partner at Kite Consulting, runs through which main fertility indicators to monitor and which targets to strive for to really make a difference to your herd’s profitability.

Age at first calving, submission and conception rates and heat detection accuracy are all critical to economic success and flexibility when it comes to breeding and culling.

Heifers that calve down at 24 months of age are more economical. They start paying for themselves earlier, produce more milk, last longer in the herd and have fewer problems than those heifers that calve later.

Importantly, you’ll also need fewer of them, reducing your replacement cost in the long term and easing cash flow.

Conception rate by itself is not a good indication of fertility as it only indicates what percentage of cows you served that became pregnant.

Your conception rate might be high but if you’ve submitted a low percentage of eligible cows to be served, that still leaves a lot of cows not pregnant.

You need to look at both figures together to get a true picture of your herd’s fertility.

To achieve a high submission rate you need to observe the cows at least four times a day, and one of those times needs to be later than 9pm.

Cows need to be observed for a period of at least 20min, and ideally 30min. If you have multiple buildings to view this time can soon add up, but financially it is worth it.

If you are observing cows sporadically it is very hard to know when a cow started standing heat, and therefore when to inseminate.

You may be serving too early or too late. Heat detection systems and tail paint can be invaluable for adding that crucial information on timing, especially for block calving herds, and will complement time spent observing cows.

Some farms use WhatsApp groups to share heat detection information around the staff throughout the day.

You need to monitor individual conception rates and your heat detection accuracy. For conception, a member of staff or the AI technician might have a better success rate with insemination than you do.

In order to test the accuracy of heat detection, progesterone test 10 cows identified as being in heat by each “spotter” on the farm. If someone isn’t identifying the signs correctly, give them some training.

5. Other factors that influence fertility

Ideally, milk protein levels need to be above 3.3% in order for the cow’s energy status to be good and bulling to be expressed fully.

Look at health, nutritional and technical issues that could also be affecting submission and conception rates.

Is the semen thawing device operating at the right temperature? Are all semen handling techniques and timings correct? Have diets been set up well before mating and are the diets being followed? Are vaccinations up to date?

With every missed heat costing between £63 and £105, not only does getting submission, conception and pregnancy rates on target make a huge difference financially, it also gives your herd flexibility when it comes to breeding and culling the right cows.