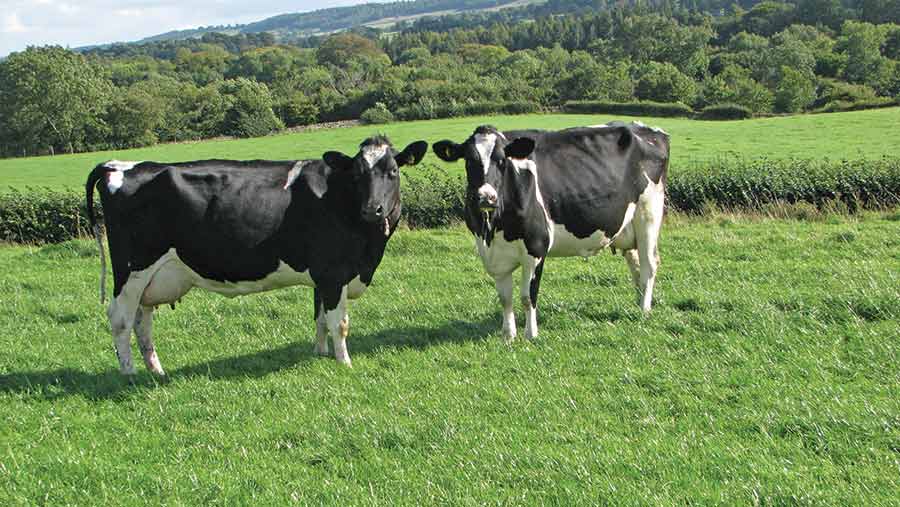 Joining the Prince’s Dairy Initiative (PDI) has provided some useful insights into the management and performance of a small Holstein Friesian herd on a rented farm in North Yorkshire.

The PDI is a programme set up by HRH the Prince of Wales to improve the long-term sustainability of the British dairy industry.

See also: A guide to grants for dairy and livestock farmers

Dairy farmer Richard Weatherald, who milks 100 cows at the 72ha Low Thoresby farm near Leyburn, was initially reluctant to apply. However, after being persuaded by his wife Sarah, he signed up last autumn.

Mr Weatherald says the most beneficial aspect of being involved in the PDI has been the cost of production exercise, in which financial information is submitted on a confidential basis.

“It is easy to think you know what needs to be done, but it has been very helpful to take a step back and look at the farm objectively,” says Mr Weatherald.

“We scrutinised the production costs of more than 25 farms, and it really highlighted areas where producers were doing well and those where changes might be made, in order to bring the figure down,” explains Mr Weatherald, who is a fourth-generation tenant.

“The best part of the project is that it brings together farms of a similar size and in a similar situation. It would be irrelevant and probably quite disheartening if I tried to measure my business performance against a fully staffed, 600-cow Holstein herd, for example.”

Since being involved in the project Mr Weatherald has targeted areas to make improvements – one of which has been foot health.

His vet now visits the farm once a week on a contract arrangement, which costs £300 a month. This means lameness cases are picked up and treated at an early stage and feet are trimmed routinely 60-90 days post-calving and again at drying off.

The PDI is open to traditional, family businesses with a maximum of 200 milking cows and a standard milk contract (not linked to a specific retail customer).

During every visit, the vet splits the cows into two groups, with a focus on fertility and any other health problems for the second group.

Cows have a post-calving check-up within two to three weeks and also 21 days after insemination. This has resulted in fewer incidence of endometritis (whites) post-calving and empty cows are picked up much sooner.

“This has resulted in a clear cost saving,” says Mr Weatherald. The calving index has fallen from 420 days to 406 days over the past six months, reducing costs significantly.”

The figure for conception of the first calf to first service of the second calf has gone from 43% to 50%.

He has also changed his foot-bath routine to try and improve foot health in cows.

“A formalin footbath has always been provided at each milking, but I only changed the solution every other day. One of the group’s advisers suggested using a 50% concentrate solution, but changing the footbath every day, so the expense was the same.

“As I have made two changes on foot health, it is hard to quantify the results of the individual measures, but the systems are working very well and there has been a dramatic reduction in lameness cases and digital dermatitis and footrot have all but disappeared,” he says.

Visiting other farms has prompted Mr Weatherald to reconsider the floor surface in the cubicle building. Aided by partial grant funding, he has invested in rubber flooring across the housing.

The parlour has been coated with a rubber screed, which is put on with a trowel, while the entire floor in the cubicle housing has been covered with 20mm rubber matting. Held in place with steel cables, it is used in conjunction with slurry scrapers without causing damage to either fixture.

“The rubber flooring wasn’t cheap, but you only have to lose an odd cow with a broken leg to justify the investment,” he comments. “It has also stopped bruised feet and the cows are much more comfortable. The cubicles themselves are bedded with sawdust and lime.”