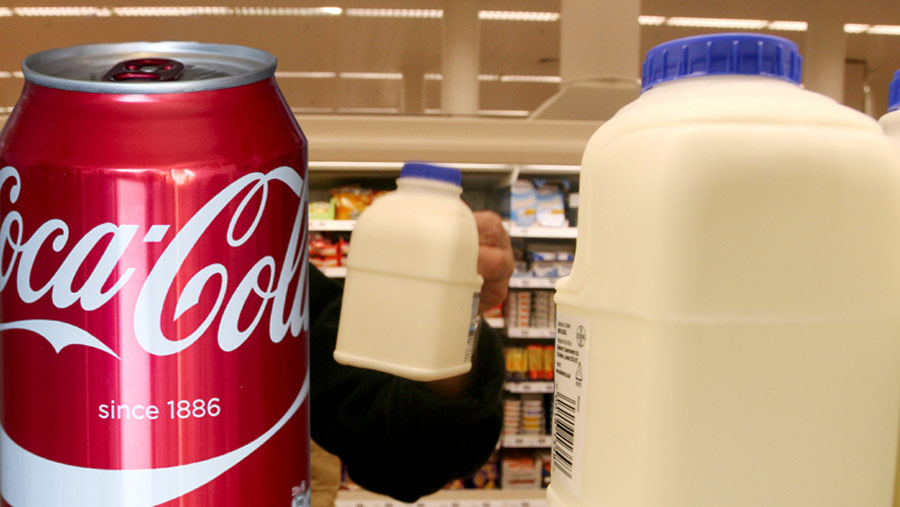 A Devon farmer who asked her local Tesco to promote pints of milk as a convenience drink could have her idea rolled out nationwide.

Tenant farmer Sylvia Crocker asked the customer service team at the Launceston supermarket to sell one-pint cartons alongside its sandwiches to encourage shoppers to choose milk over fizzy drinks, fruit juices and water.

To her surprise, the store agreed and positive sales figures have led to four other stores in Devon and Cornwall following suit.

“People just grab a drink when they buy their sandwich so why not have milk there as an option?” Sylvia told Farmers Weekly.

The skimmed, semi-skimmed and full-fat pints are being sold for 45p – equivalent to 79p/litre – and have sold well since they were placed in the “food to go” chillers two months ago.

With the support of Sylvia’s family members, store managers at Tesco sites in Crediton, Tavistock, Roborough and the Cornish town of Callington have followed the Launceston example.

Tesco chief executive Dave Lewis has personally thanked her and suggested that the idea may spread nationwide.

In a letter he said that the idea had been passed to the relevant buying manager to review the drinks available at the front of the store.

He added: “If the suggestion is agreed, it will then be rolled out to all stores as part of their sandwich cabinet plans.”

Sylvia, who runs a beef and sheep farm with her husband Robert at Lewdown in West Devon, wants to see the idea rolled out in every supermarket and has already approached Waitrose and Morrisons.

She added that she was aware of other farmers who are making similar progress with other major retailers.

“We’re not dairy farmers so won’t see a direct benefit but our children want to go farming and I want there to be a future for them,” she said.

“It’s good for the industry to have the big supermarkets positioning milk as an alternative to other convenience drinks.”

A Tesco spokesman couldn’t provide exact sales figures but said the move, supported by the Launceston store’s dairy and meat manager, Darren Stringer, had “gone down well with customers”.

“Our site managers are always trying new ideas based on the feedback they receive from their local customers,” a statement said.