As head of business consultancy at the Andersons Centre, Tony Evans is well versed in the latest production efficiencies, and well placed to employ them at the dairy he contract farms with partner Wil Armitage.

Last year the cost of production at Manor Farm, Thrussington, Leicestershire, was 20.22p/litre before rent and finance. This compares with an average of 28-30p/litre.

In the past few months he has reduced costs further, to less than 20p/litre before rent and finance, and he is continuing to look at areas on the farm where savings can be made.

Unless the business makes a £10,000-plus surplus then the farmers only receive a labour fee of £7,500/year as part of the contract agreement, so there’s a real drive to squeeze spending and maximise profitability.

While Mr Evans admits the industry is going through is a hugely challenging time and there is little that can be done to improve returns, he says there are steps that can be taken to reduce farm costs. 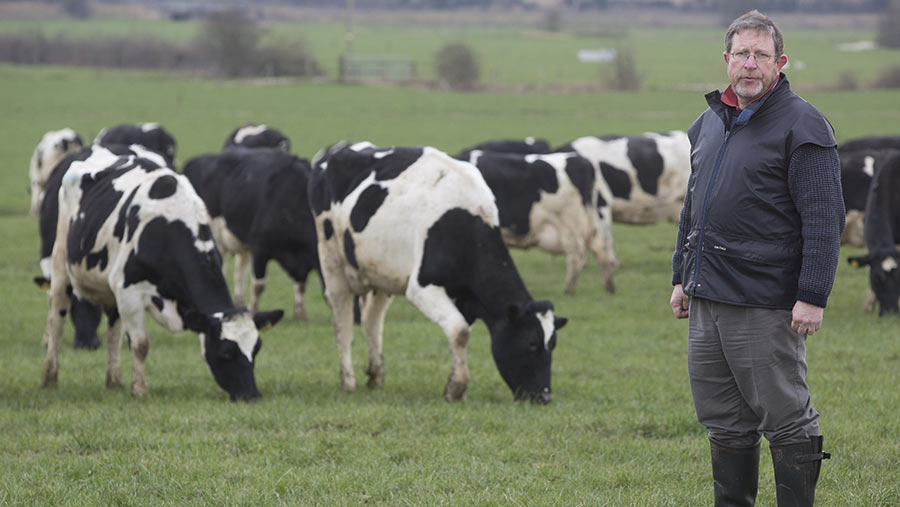 “The opportunity to reduce expenditure is good, and in our own hands. It is important for farmers to benefit from input prices that have fallen on the back of oil prices and falling demand.”

Mr Evans estimates dairy farms can save 1.5-3p/litre from reduced inputs, with higher-cost systems benefiting most.

While this presents an opportunity to reduce spend beyond the farmgate, there are plenty of other areas on farm where costs can be reviewed, he says. Here he guides us through six of them.

Maximise the number of calves born alive per 100 cows and heifers.

“We target one calf born alive to each cow. Reducing waste is the most valuable way to make money and the calves are a starting point.”

If you are on a production limit contract, rather than produce the extra litres for a low return, Mr Evans recommends feeding this to calves and saving money on milk powder.

“But milk has got to be low disease risk,” warns Mr Evans, who adds buying a pasteuriser can reduce disease transmission.

Don’t rear more than what you require, he advises. At Manor Farm, they aim to rear 65 heifer replacements each year (22%). 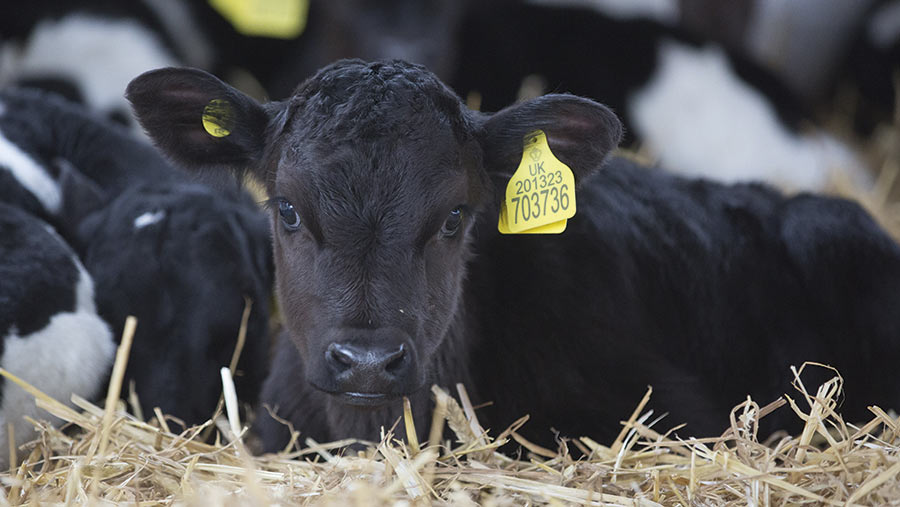 Consequently, they will save £450 on AI fees and serve for less time to replacements, which will make life simpler and easier for the two key employees.

This, together with changing the rearing policy, has helped to cut heifer-rearing costs by 1.15p/litre.

“We brought all our heifers home from contract rearing because we’ve made our system simpler and this has allowed us to increase our labour productivity.” 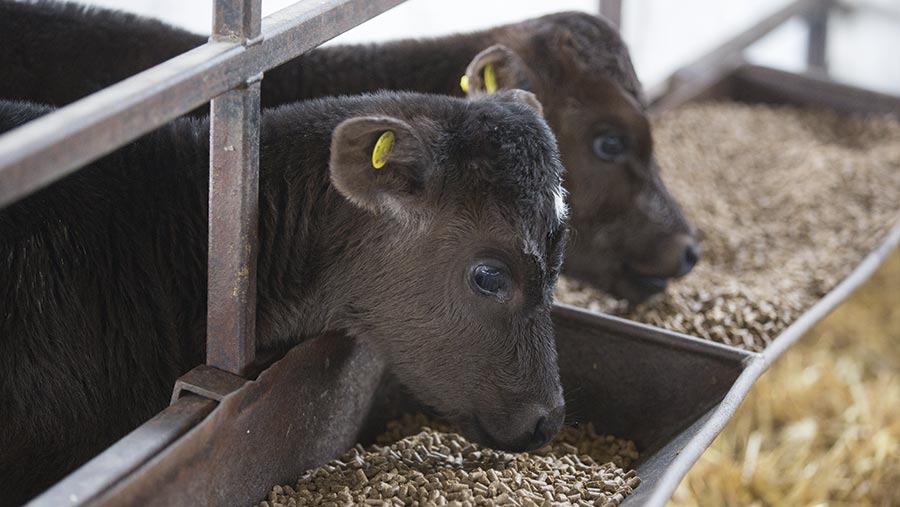 Now heifers are housed in rented sheds in the winter and are grazed on the home farm during the summer.

Tightening the herd’s calving pattern has freed up staff to do other jobs, such as heifer rearing.

This year, 80% of the spring herd is on target to have calved within a six-week period. 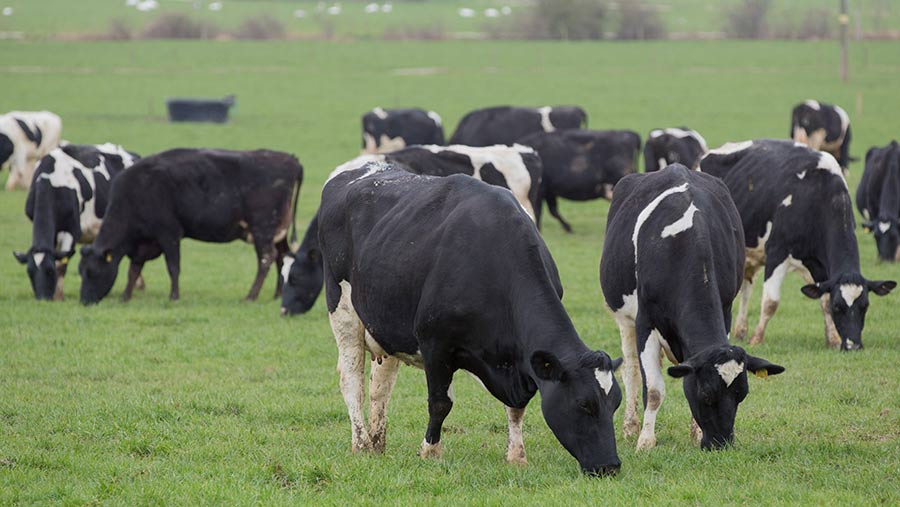 “Because we have our block much tighter, we can dry off spring calvers early so we are only milking our autumn calvers through the winter.

“That saves us 40 minutes each day because we are milking two rows less,” says Mr Evans.

Staff at Manor Farm have been set the challenge to reduce costs by 10%. One area where this has worked particularly well is in the parlour.

“We do a hot wash once a day now and we’ve reviewed chemical concentrations,” says Mr Evans. This has reduced daily chemical costs from £7.20/day to £2.78/day. 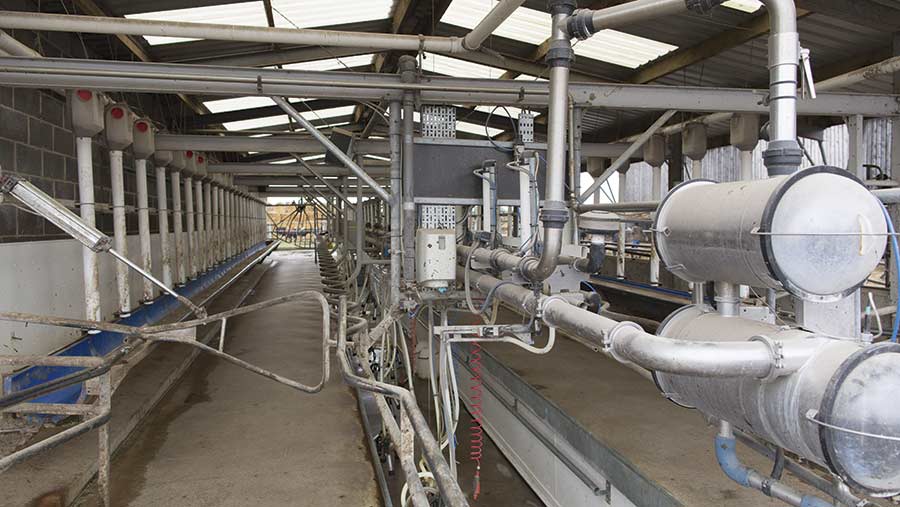 About the Manor Farm partnership

The 158ha farm is run on a 15-year contract agreement with farm owners Peter and Cheryl Holmes.

Prior to the partnership, Mr and Mrs Holmes milked 180 Friesians, producing an average 4,600 litres a cow a year.

But since the agreement was established eight years ago, cow numbers have expanded to 300 plus youngstock, and the breeding policy has been altered to include Jersey-cross and some New Zealand blood to make the most of the farm’s 75ha grazing platform.

“We [bulk] buy all our chemicals every six months as part of a buying group. Being a member of a well-run buying group saves us about £50 a cow a year.”

The farm also put in a borehole eight years ago, which has seen their water bill drop from £12,000/year to £800/year, and they have moved from once-a-month milk recording to every other month, bringing the bill down by £90/month.

In-parlour feeding has been cut back 10% from 4kg a head a day to 3.6kg a head a day without negatively affecting yields, with the herd remaining on target to produce 6,000 litres this season at 8.5% solids.

Mr Evans believes minerals can be a “rip-off area” and says when it comes to their inclusion in rations, decisions should be taken based on facts. 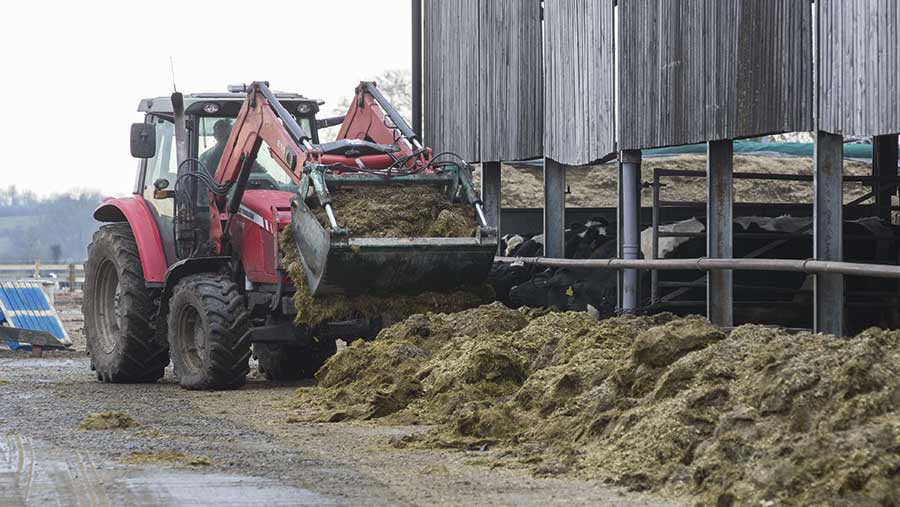 “Only feed for deficiency,” says Mr Evans, who has this year budgeted just £700 for minerals and, for dry cows, is looking to use only magnesium chloride in their water.

“So far we’ve had nearly 80% calve and we have used no more than three boluses and little calcium,” he adds.

While no corners are being cut that could jeopardise cow health, every effort is being made to reduce vet bills at Manor Farm.

Last year, vet and medicine costs were reduced by 21% to £35 a cow. One of the biggest money savers has been dry cow therapy.

Tony’s top tips for reducing your cost of production

“Historically we took a belt-and-braces approach and used antibiotics and a teat sealant. But now we are only using a sealant on cows with cell counts consistently lower than 180,000/ml.”

“We are still vaccinating so we are not cutting any corners on animal health.”

The herd is fully vaccinated against BVD, IBR and lepto, but the focus has been on cutting back on small things and having faith in the ability of the stockmen.

“Generally we ask ourselves: why are we calling the vet? We don’t have any third party on the farm. We do our own foot-trimming, freeze branding and AI.”

So far, the vet bill for calving in February was just £46, and Mr Evans says that’s mainly down to the ability of herdsmen Lee and Matt, as well as Wil’s stockmanship guidelines and coaching.

At Manor Farm they are putting in 300m of concrete sleepers at a cost of £24/m to extend the grazing season. 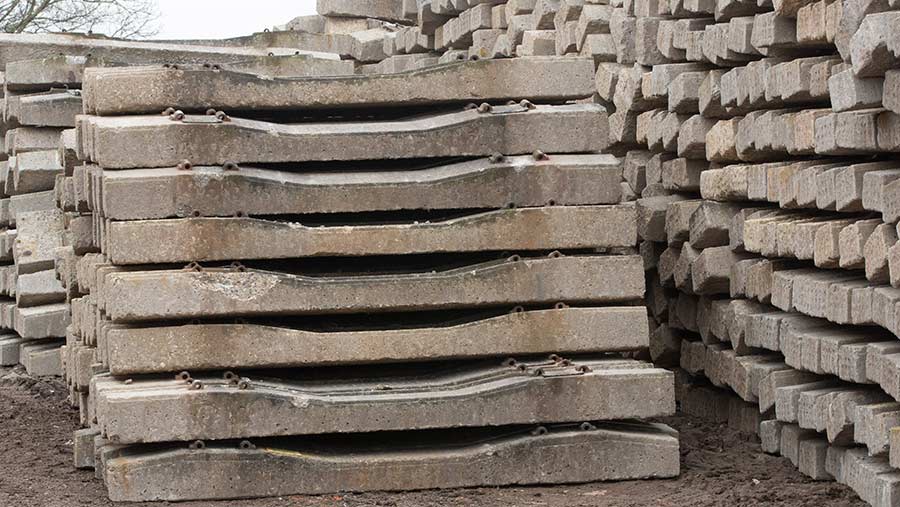 Mr Evans reckons it is an investment well worth making because it means he can halve his feed and bedding costs, with expenses falling from £2.70 a cow a day when cows are indoors to £1.34 a cow a day once they are out at grass. 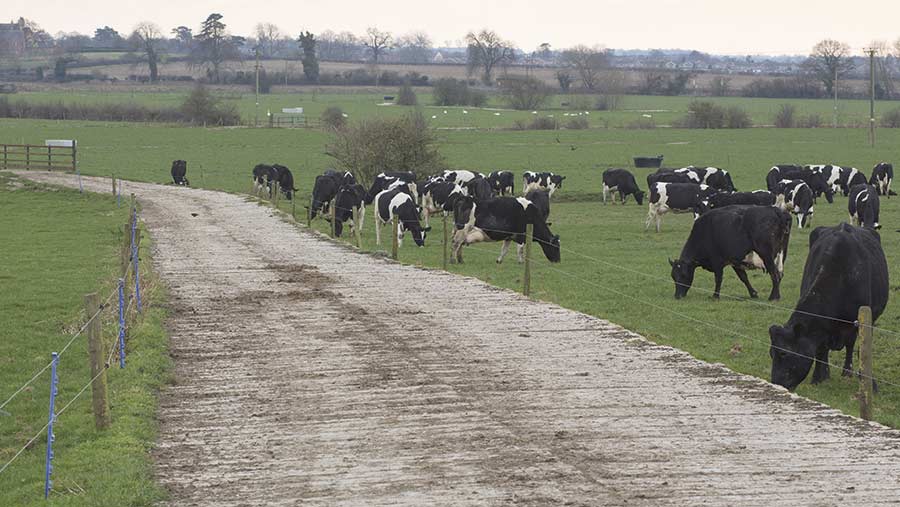 “The biggest challenge is to minimise winter length. A lot of costs fall away when the cows are outdoors.”

Several seasons ago, the farm switched from using EnviroBed to top up their rubber mats at a cost of £75/t to a gypsum-based product costing £19.50/t.

He says the key to saving money is shopping around to see what offers are available.

In numbers: The contract farming agreement