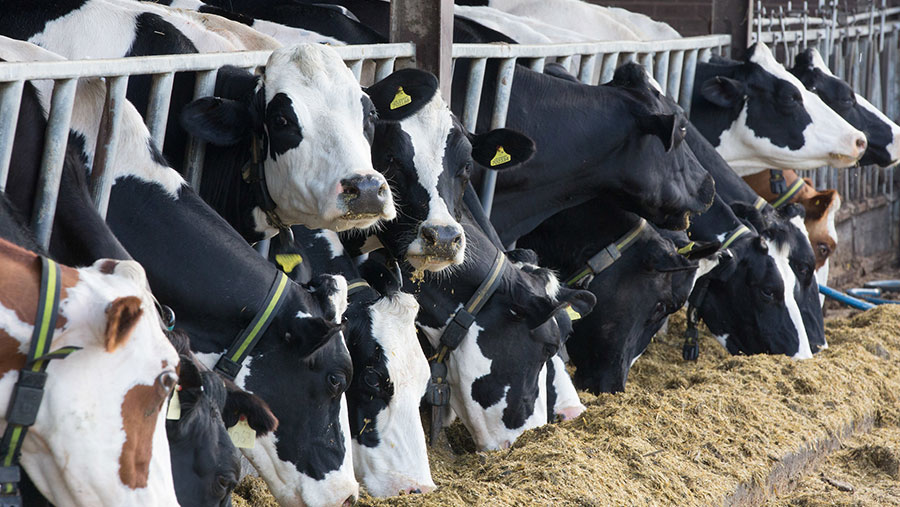 A catalogue of changes happens to cows during the transition period, they go from non-lactating animals with a small increase in energy demands due to their growing and developing calf to having to give birth (an inherently stressful and painful process) and immediately start to produce large quantities of milk which increases their metabolic demand almost fourfold.

Unfortunately, about 30-50% of all dairy cows that calve will experience one or more metabolic or infectious diseases during this period according to the study Managing critical periods—transition dairy cows.

Traditionally vets and advisers would become involved once things start going wrong such as fertility problems. But, even if the root cause is identified immediately, we know that often the problem started very early on during the cow’s transition period.

But, even if the root cause is identified immediately, we know that often the problem started very early on during the cow’s transition period.

Therefore, it’s really important farmers do more routine monitoring of specific cohorts of cows to ensure that any future problems are picked up and altered at the earliest possible stage.

There are seven key parameters that should be monitored regularly during the transition period to avoid problem cows post-calving.

If we can reduce the number of problem cows post-calving we have less disease within the herd to treat, which in turn results in faster resumption to cyclicity and ultimately better fertility with fewer cows having extended lactations.