For over 30 years Galebreaker have helped agricultural, industrial and commercial businesses perform at their best in any weather or climate.

In the recent past, ambient temperatures in the UK were not considered an important factor  in milk production.

However, growing evidence suggests that even the relatively low ambient temperatures experienced during the UK summer can cause symptoms of heat stress in dairy cows.

Lower milk yields, depressed feed intakes, reduced fertility and increased risk of mastitis are all consequences of this oversight, and the associated cost only continues to grow as global temperatures increase.

The obvious solution is to improve ventilation and airflow to farm buildings and cattle but the current standard way of doing this – a continuation of what has worked for the last half century – may be exacerbating, rather than solving, the problem. 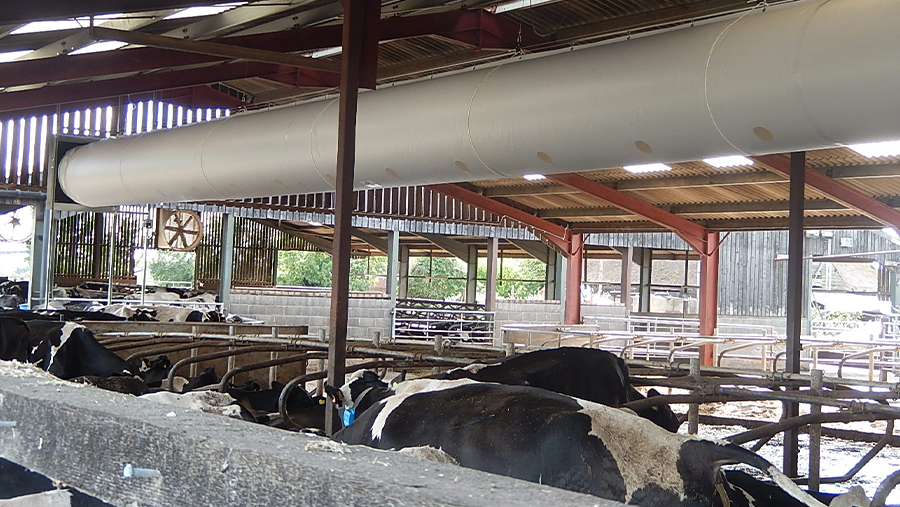 Adapting to larger herd sizes in the UK

Building designs such as these focus on large numbers of cows in a single structure and a tightly controlled environment – as of 2014, 49% of US dairies have milking herds of at least 1000 cows (MacDonald, 2014).

This design of building has significant advantages in the larger US environment, both for cooling and air cleanliness.

The environment can also be optimised for the increased welfare of the herd, particularly where high summer humidity combines with very low wind speeds.

In comparison, the average herd size in the UK is 148 – much smaller than the US equivalents, though double the size of the previous decade.

Typically, for the last 50 years at least, UK herds are housed in buildings where natural ventilation is the primary means of building climate management.

However, as farms have expanded, buildings have become larger, significantly reducing the effects of natural ventilation.

Combined with the increasing effects of climate change and more continuous summer temperatures, the conditions within buildings for cows are becoming increasingly unsuitable.

What, then, can UK farmers do to mitigate the growing costs of heat stress? 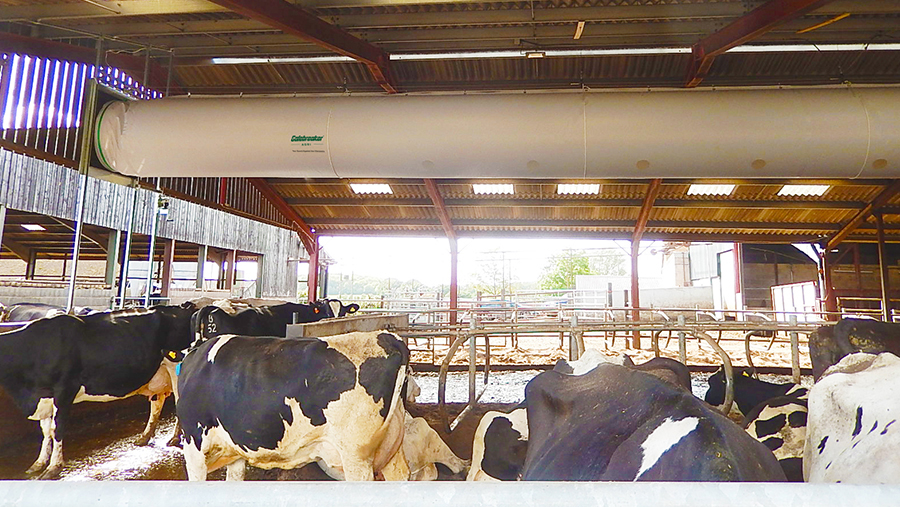 Positive pressure tube ventilation systems are much cheaper to run than traditional fans, since the airflow is directed at animal level and the tube extends along the length of the building.

A smaller, single fan can be used to ventilate a large building (up to 54 linear m) whilst providing the critical airflow speeds at cow level for chill effect cooling.

These types of tube systems can also be easily retrofitted into existing  buildings of any size, design or age. 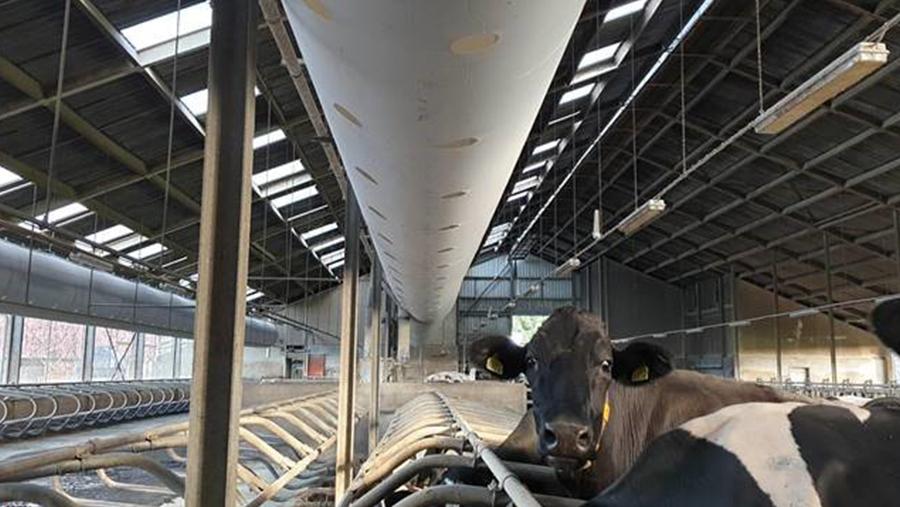 Galebreaker’s VentTube Cool – part of the bestselling range of innovative pressure tube ventilation systems, along with the VentTube Fresh – addresses and solves the damaging impact of high ambient temperatures and damp environments on milk yield, fertilisation rates and animal comfort.

Dr. Bertjan Westerlaan at Vetvice, said: “VentTube Cool is an efficient way to cool cows and to provide clean and fresh air for every cow in the barn.

It will help your cows fight heat stress during the summer.”

For more information on the VentTube positive pressure tube ventilation range, please get in touch with the Galebreaker Sales Team.