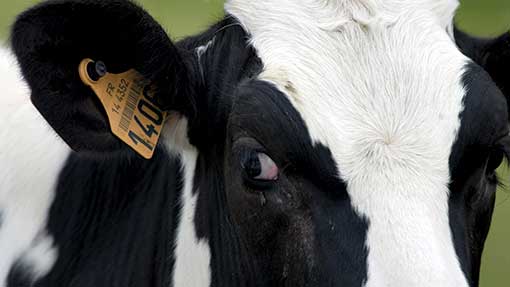 For the first time in 15 years there has been an increase in the number of dairy cows in England.

DairyCo figures show there was a 2.6% increase in dairy cow numbers from June 1 2013 to the same time this year, with cow numbers peaking at 1.143 million head.

And despite the fact dairy farmers are under pressure from lower milk prices, cow numbers don’t seem to be abating anytime soon. Importers were expecting a downturn in demand, but that doesn’t seem to have materialised, with some receiving recent enquiries for up to 200 head from herds committed to expansion.

Importing dairy cattle from Holland and Germany has been an increasingly popular option for building up cow numbers, particularly as the pound has been strong against the euro.

Phil Halhead, Norbreck Genetics and vet Charlie Thompson from Lambert, Leonard and May offer some guidance.

Q: Why are dairy farmers turning to imports as herd replacements?

Comparing like-for-like, many dairy farmers are attracted to the lower cost compared with UK-bred cattle and there is the reduced risk of TB, which is an obvious appeal to buyers. It’s also perceived as being the most efficient way to acquire larger numbers of cattle in one purchase.

Q: What is the best way to source dairy cattle from Europe?

While some dairy farmers have imported cattle independently, most use the services of a specialist importer or agent. In either case it’s important to try and visit the herds the cattle are being purchased from. Use well-established importers that can be recommended by other dairy farmers rather than base a decision on buying the cheapest cattle.

Q: What are the health and disease issues you need to be aware of?

Discuss with your vet the required health status any imported cattle must meet before bringing them into your herd. Find out the vaccination cover that has been given to any heifers being imported and ask importers about their herds’ health status. BVD status will not be known unless specifically requested as an extra test. Bluetongue samples must be taken five to seven days after arrival too.

Q: How do I get animals back to the UK and are there quarantine procedures for them to go through?

Imported cattle will be delivered direct to the buyer but it’s advisable to quarantine stock for 24 hours to give an opportunity for recovery and to ensure they have eaten and drunk sufficiently. Some buyers do prefer to import personally but lack of experience can be risky.

Q: What are imported cattle costing?

Q: What paperwork do I need?

You must send the animal’s EU passport and export health certificate along with a completed import application form (CPP16) to BCMS within 15 days of the animal’s arrival at your holding.

Animals from member states will already be double tagged so they won’t need retagging unless they lose an ear tag.

Q: What are the key questions to ask?

As their purchaser, you are responsible for the animals as soon as they leave the farm. It’s worth checking what sort of policy the importer has in place to cover heifers that may incur injury during transit or be suffering from an unexpected health issue.

Under the Welfare of Animals Transport Order 2006 it is illegal to transport animals that are 90% of the way through their gestation period, so make sure you know when cows are due if you’re buying animals in-calf.

Heifers are more likely to calve earlier, so to comply with the law you may need to allow six weeks before the predicted calving date.

Cattle from EU states will already be double tagged so they won’t need retagging unless they lose an ear tag.