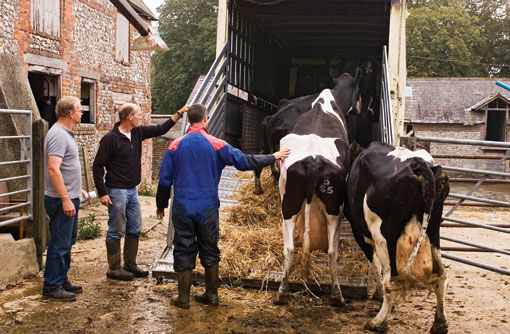 Monitoring cull cow rate as a measure of dairy unit performance is meaningless and instead producers and advisors should focus on the economic argument for when to replace a cow on a head-by-head basis.

Speaking to delegates at the Large Herd Seminar, US dairy economist Steve Eicker said: “People suggest if you have a lower cull rate you’re a better dairy farmer. That’s nonsense. What you should do is focus on replacing cows at the right time.”

He said the main problem was that accounting systems punished farmers for taking decisions.

“I still have 400 cows and they’re still worth £1,000 apiece. The question is whether the £700 opportunity cost of replacing an old cow with a heifer is a good investment.”

“Nobody ever got richer by not spending money. Do you look at your feed bill and think if I didn’t spend that I’d be richer? If you didn’t buy feed the cows wouldn’t milk. The secret is to know when to spend money.

“Nobody ever got richer by not spending money. Do you look at your feed bill and think if I didn’t spend that I’d be richer? If you didn’t buy feed the cows wouldn’t milk. The secret is to know when to spend money.”
Steve Eicker

“And this is why cull rate is a meaningless gauge of success. For example; When expanding a herd, all of a sudden your cull rate drops. So that’s got to be a good thing? Lower cull rate equals better farmer. Or are you just keeping culls?”

Mr Eiker said if he saw a high cull rate on farm, he would congratulate the producer, because they were obviously more interested in cow health than keeping a sick cow going.

“Is it better to walk a cow up the tailboard and get £800 for her now or hold on to her and keep your cull rate down for her to drop dead on the farm at which point she’s worth zero?” he asked.

He advised producers to rank all the cows in the herd and decide which should be kept and which should go. “No decision to cull a cow has ever been made that couldn’t have been made sooner by looking at associated data such as mastitis records, infertility, lameness or high cell counts,” he said.