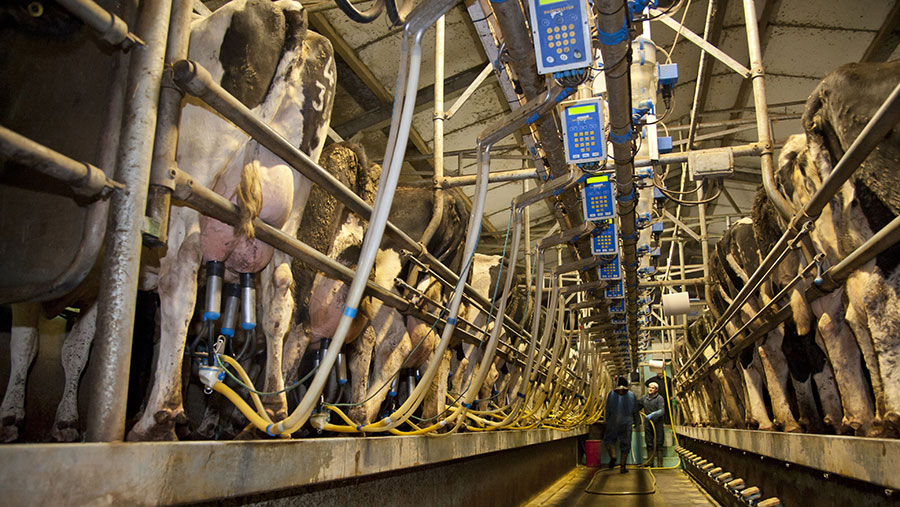 Dairy farmers can avoid running out of hygiene chemicals by responding to automatic text messages from an on-farm sensory system when containers reach low levels.

The new Ecolab Textomatic can run six sensors at once and text up to six different parties to initiate an order.

The device is calibrated to the farm’s individual chemical needs when it is installed.

A seven- to 10-day lead time is used for ordering chemicals.

The system is designed to prevent farms running out of chemicals and prevent increases in bactoscan results, digital dermatitis rates and mastitis as a result of temporary lapses in farm hygiene. 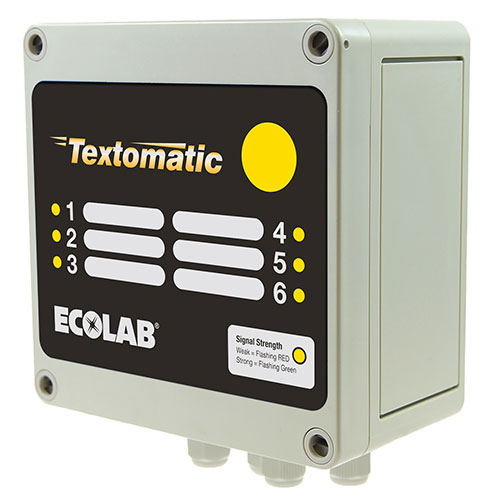 The Ecolab Textomatic can monitor up to six chemical containers

Alison Clark of chemical distributor Progiene – the company that developed the technology – told Farmers Weekly that running short of chemicals can have financial implications.

“Depending on the contract and the processor, a farm temporarily without parlour chemical could see either a premium or a penalty for bactoscan rising into a different band,” she said.

Ms Clark explained that monitoring chemical levels was difficult because containers were often solid with a capacity of 200-1,000 litres, which led to safety issues.

“Manually assessing the inside of drums, especially those reaching 1,000-litre capacity, comes with huge safety concerns,” she added.

Ms Clark said formaldehyde (classified as carcinogenic by the European Chemicals Agency) and nitric and peracetic acid is particularly hazardous.