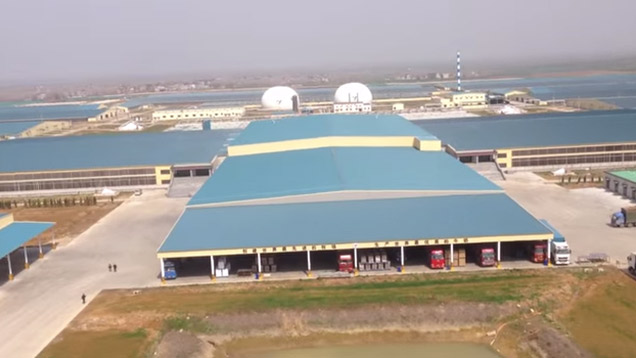 China has begun work on the construction of a 100,000-cow dairy unit to supply the Russian market with milk and cheese.

The site in Mudanjiang City, north-east China, is the world’s largest and marks a 1bn yuan (£103m) collaboration between Russian and Chinese investors.

China’s Zhongding Dairy Farming and Russia’s Severny Bur are behind the project.

The world’s largest site currently operational is the 40,000-cow Modern Dairy Company unit in China (pictured and video below).

For the new site, feed and forage stocks needed to supply the year-round housed animals will be grown on 100,000ha of land most of which is in Russia.

How the Mudanjiang City site measures up

A further 200,000ha of farmland has been earmarked to supply feed once the project is on stream.

The construction began as Russia looks to secure suppliers of dairy products beyond the EU.

Earlier this year Brussels announced it had extended economic sanctions because of Russia’s involvement in the war in Ukraine.

In a tit-for-tat response the Kremlin prolonged its ban on various food imports from the EU, US, Australia, Norway and Canada, including milk and milk products, until August 2016.

Before the Russian ban the EU exported about 300,000t of cheese, roughly 25% of its production.

“The scale of Chinese investment in dairy production is vast. I wonder now whether we will ever get the Russian milk market back,” Mr Raymond told Farmers Weekly.

“Building a 100,000-cow dairy farm is simply mind-boggling. If the project goes ahead and the 100,000 head represents milking cows, this unit alone could produce 800m litres/year.

“In that case, it would equate to 100,000t of cheese – and that would mean this unit alone could produce about 30% of our previous exports to Russia,” Mr Raymond added.