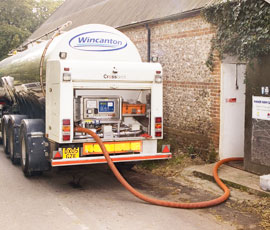 There are some key parts of the code that stand out. First, it is really only relevant for producers supplying private processors. It doesn’t apply to co-ops, and with the recent Arla developments, an increasing number of UK farmers now fall into this category.

The change to notice periods following price changes is something that many farmers believe will weight the balance of power in their favour. The reality is, however, that the market will still drive the price and the benefits of a reduced notice period will only benefit farmers in a rising market.

One obvious benefit for producers is that in a rising market, processors who want to secure their milk supply should respond faster to changes and raise their prices quicker. However, the reverse to this is that prices could drop fast in a falling market, and if the whole market is moving down, there is little benefit to a producer switching contracts.

This mechanism means that we could see more frequent changes to milk price, but in smaller increments. Producers’ ability to leave contracts should cause a quicker response to commodity price changes, but this could make milk pricing even more volatile – not something most farmers will welcome.

The pricing proposals could mean the emergence of new business models, with producers having options to put milk into tracker-related, or market-related, contracts. We could also see contracts offering producers the ability to “fix” a price for a term with a fixed volume to manage risk.

These options will offer producers greater choice over prices going forward, but better levels of understanding will be needed as with the exception of Dairy Crest’s “Milk and More” contract, we have not operated with these concepts before.

The new volume exclusivity clause is a significant change. Where it could work well is for farmers with multiple holdings that supply different purchasers from different units. However, for most single-unit farms, the complexities of supplying two or more processors are considerable.

I’m sceptical about the benefits of producer organisations (POs) as without processing capability they will have little influence in a falling market.

In a rising market, however, the combined power of lots of individual producers could help farmers secure quicker price increases as processors will not want to risk continuity of milk supply.

I believe that being in a co-op is still the first option for any producer who wants to be involved in a PO and producers need to remember the emergence of all the farmer groups post-deregulation – where are most of them now?

Overall, while not radical, I think the code will benefit producers as prices are now likely to rise more quickly; the caveat to this is that they are also likely to fall faster too.

Ultimately the market will prevail, but at least the playing field will be levelled between different processors in terms of contractual terms.

Will the dairy code of practice make a difference?

Lot of people worked v hard. Will make it a lot harder 4 dairy processors to drop prices. Next Feb/Mar/Apr will make/break – @milkmaker73

What do you think of the dairy code of practice? Share your thoughts on our forums at www.fwi.co.uk or tweet using #dairydebate