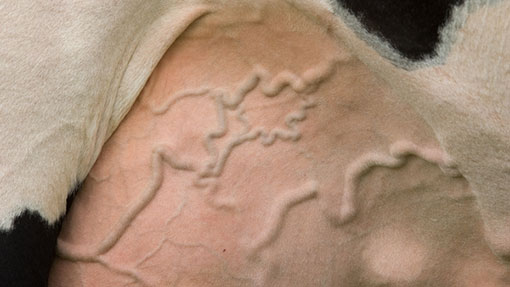 A group of dairy farmers has agreed not to exhibit at the Great Yorkshire Show following an investigation into alleged teat tampering.

Show organisers, the Yorkshire Agricultural Society (YAS), said the exhibitors, who they have not named, had agreed by mutual consent not to exhibit animals in any future shows.

In a statement, YAS chief executive Nigel Pulling, said: “The outstanding issue relating to allegations of tampering with dairy cattle at the 2013 Great Yorkshire Show has been resolved.

“The exhibitors concerned have withdrawn their appeals. By mutual consent, they will not be exhibiting at any future Great Yorkshire Shows.”

YAS said it would be writing to other exhibitors to inform them of their decision and remind them of the show rules.

Organisers launched an investigation last July into two suspected cases of tampering in the animal classes at the Great Yorkshire Show. The probe was launched after checks on dairy animals by vets working for YAS.

The owners of the animals were informed and substances that may contravene the society’s malpractice rules were taken away for analysis.

It is understood the two animals under investigation were allowed to continue taking part in the competition.

Bill Cowling, honorary show director of the Great Yorkshire Show, said: “We are committed to ensuring that competitors taking part in our events comply with our rules regarding tampering with animals to enhance animals’ appearance in the show rings.

“For a number of years here at the Great Yorkshire Show we have carried out random scanning of animals and this will continue.

“Any suspicion of contravention will be investigated. Our industry is too precious to be undermined by those whose intention is to win at any cost, and with no concern for animal welfare. We are delighted to have the support of the breed societies.”