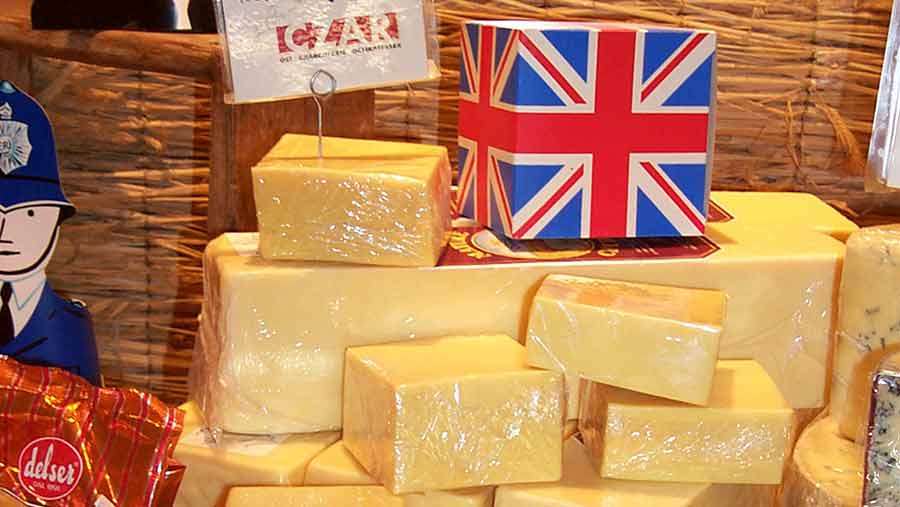 UK dairy businesses are to get export support as part of a new trade development programme at AHDB Dairy.

The levy board has appointed an export manager to replicate the success of AHDB Beef and Lamb and AHDB Pork in opening up market opportunities overseas.

The aim is to improve the competitiveness of UK dairy abroad and promote the industry’s goods as premium products.

“At the moment, there is no co-ordinated British export marketing effort to promote dairy products, unlike our major competitors, and we need to bridge this gap in the very competitive world dairy market,” said Jean-Pierre Garnier, head of exports for livestock products at AHDB.

“We strongly believe that to maintain the current level of export success, we need to build a highly professional, commercially aware team that is able to carry the British flag abroad.

“In these challenging times, this is particularly significant.”

Lucy Randolph has been appointed as AHDB Dairy’s new export adviser, having previously worked for six years at UK Trade and Investment, leading the London food and drink portfolio.

See also: Lessons and advice from the dairy downturn

Ms Randolph said she would be meeting with processors soon and that the year ahead would be about establishing which markets to target and how.

“If we can increase exports of cheese [and other dairy products], hopefully it will increase the brand of British dairy – the more demand, the more we can sell.”

The Chinese market offered opportunity, she said, but was difficult because of the health certificates needed, although a handful of UK processors, such as Rachel’s Organic and Combe Castle, had managed to obtain these.

But there was a gap in the market that British brands could help fill, said Ms Randolph.

“There’s not a huge amount [of good-quality products] out there at the moment. There’s not very good cheese in retail.”

For the first time, AHDB Dairy had a large stand at the Sial event in Paris this week – the world’s second-biggest food expo – with a number of British dairy processors exhibiting.

One exporter was Quickes, a Devonshire family farming business and cheese-maker that exports to the USA, Australia and Singapore.

Tom Chatfield, sales manager at the company, said the British brand held a lot of weight when selling cheese abroad, with Neal’s Yard Dairy having already done a lot of work to establish the British cheese name in the USA.

He said he hoped the new AHDB Dairy export focus would open up other markets for Quickes, but stressed that the shape of the UK government’s trade policy post-Brexit would also be key and would need to ensure farming was taken account of.