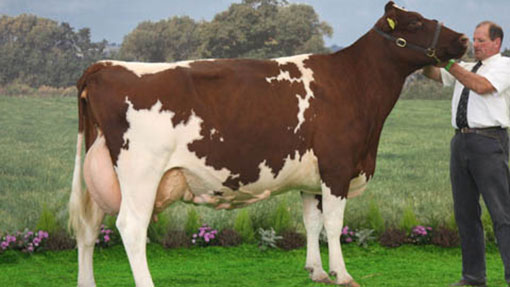 A Shropshire farming couple has told of their heartbreak at being forced to sell their 85-head herd of pedigree cattle and wind-up their dairy business because of falling milk prices.

Neil and Jayne Madeley, of Monkhopton, Bridgnorth, said they had no choice but to sell off their award-winning herd of shorthorn cattle after the milk price had steadily dropped since April.

The Madeleys, who have milked cows on their county council farm for almost 30 years, said a further 1p/litre in November would cost them about £62,000 a year and cripple their business.

“Four weeks ago we decided that we couldn’t carry on and it’s entirely down to the milk price,” said Mrs Madeley.

“We are signed to First Milk and we were told there was going to be another price drop of 1p/litre in November.

“That would take our price to 21.5p/litre, when we were getting 32p/litre 12 months ago, and we can’t farm with a price like that.”

Mrs Madeley, who manages the farm’s finances while her husband manages the livestock, said the couple had taken the tough decision to sell their herd before the business got heavily in debt.

“We are not seriously in debt, but when you are trading with people who you have dealt with for years and you can’t pay them on time, you feel terrible. It’s not fair on them and it was getting more stressful for us.

“At least by selling the cows and getting out now, we are doing things on our terms. Once we have sold the cows and paid our October bills; we should at least be square, which is not a bad position to be in.”

Mrs Madeley said her husband, who is the president of the Shorthorn Society, hoped he would be able to find other work with local farms so he could continue doing a job he loved.

He was also considering taking on a suckler herd to make use of the farm’s 40ha of grassland.

She said loading the shorthorn cattle on to a truck so they could be sold at a local bull sale on Friday 24 October had been a difficult day for the couple and their two sons, who were all heartbroken by the decision.

“Neil left school at 16 to work on a dairy farm and he’s been doing it ever since – he’s absolutely passionate about dairying and he loves his cows,” she said.

“We have the last-ever Royal Show champion and five cows, which have influenced the shorthorn breed massively, that we would like to keep.

“The trauma of putting them on the lorry would be too much for Neil and he wants to be the person that sells them to cull them.

“It was a sad day when we loaded the cows and there have been some tears,” she added. “I will probably wake up on Saturday and wonder what we have done, but giving up milking now is the right thing to do.”

The Madeleys’ decision to quit the industry came after another Shropshire dairy farmer, Jim Franklin, sold his 100-head herd and milking equipment earlier this month.

Mr Franklin, who was a tenant at Park Farm on the Aqualate Estate, said the dairy industry had become too volatile for him to be able to rely on it to make a living.