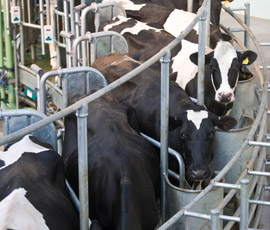 As dairy processors were recruiting more farmer suppliers in a bid to become more self-sufficient in milk, the role of producer groups and organisations would become more important, he said.

Other processor producer boards and groups needed to follow suit and ensure they were the point of contact between the company and farmers, he said.

Speaking out following the widely reported spat between Farmers For Action and Muller Wiseman Milk Group (MWMG) board chairman Roddy Catto, Mr Mitchell said farmers needed to fully understand the function and power of dairy producer boards such as the MWMG board before criticising them.

Mr Catto had done everything he was allowed to do; However, if farmers felt the board didn’t have enough power they needed to make their views known and influence change, he said.

Last month a war of words erupted between FFA and Mr Catto when he said protests had delayed milk price negotiations, which led to the announcement of an increase to the Muller Wiseman standard litre non-aligned price from 21 October to 32.5p/litre.

Mr Mitchell said NFU Scotland had invited dairy processor board representatives to come and discuss the role of farmer boards and offer them help and advice on strengthening their roles.