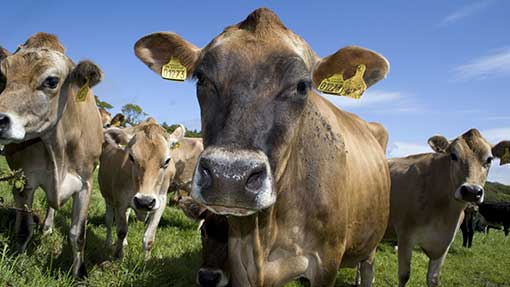 Dairy farmers who supply milk to nursery schools will be paid more for their produce under government reforms.

The Department of Health (DoH) has published its response to “Next Steps for Nursery Milk”, a public consultation on the future of the Nursery Milk Scheme.

Under the old rules, suppliers were charging up to 92p/pint – nearly twice as much as milk costs in the supermarket – to supply milk to nursery schools.

But the taxpayer will now save £36m because suppliers will provide milk directly to all nurseries at a nationally-agreed price.

Health minister Dan Poulter said: “We have made a commitment to pay a sustainable price for fresh milk supplied, benefitting the dairy industry and the rural economy.

“We are also keen to see small- and medium-sized enterprises participate as part of the new scheme.”

He added: “The new nursery milk scheme will provide a much better deal for farmers, who are the backbone of the rural economy, and could save the taxpayer more than £20m a year.”

The government said if no action was taken, the total cost of the scheme could rise to £80m in 2015, which is twice as much as it was in 2010. A situation that “is simply not sustainable”.

NFU dairy board chairman Rob Harrison said: “The NFU welcomes the outcome of the Nursery Milk Scheme consultation, which will continue to provide children under five with a daily milk drink free of charge.

“This healthy and nutritious product is important for early development and it is pleasing that small- and medium-sized enterprises will be able to tender for contracts under the new direct supply system proposed, creating opportunities throughout the UK dairy industry.”

Currently, about 1.5 million children under five in 55,000 childcare settings benefit from free milk.

Under the terms of the scheme, nursery schools and other childcare providers can claim back the cost of the milk from the DoH.