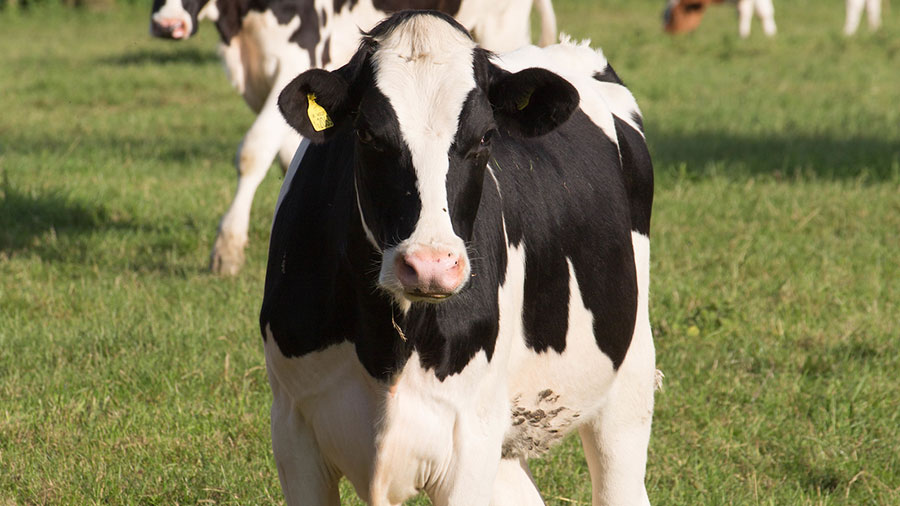 The use of novel traits could be a way to accelerate genetic gain, according to the findings of a research project from New Zealand.

In New Zealand, the Breeding Worth (BW) index is used to rank cows and bulls on their expected ability to breed profitable replacements.

A component of the index is fertility breeding value (BV). This is based on a trait called CR42 – a simple measure of re-calving within 42 days of the seasonal calving start date.

But in recent years, reproduction progress in the national herd has stagnated. What’s more, CR42 is a trait with low heritability, at only about 5%.

Below, Dr Claire Phyn, senior scientist at DairyNZ, highlights the key findings and conclusions from the project.

The aim was to provide management and genetic solutions to improve cow health, fertility and longevity. A key part of this has involved identifying new traits to improve the accuracy of the BV index.

Researchers followed the animals through to beyond second lactation, collecting data relating to fertility to help identify underlying differences.

Because high-fertility animals reached puberty earlier, there were more eligible heifers at the start of mating (275 compared with 248).

This meant they conceived 3.6 days earlier during the heifer mating period (natural mating).

This suggests differences in fertility could be detected at a much earlier age than expected, giving an advanced indication of the animal’s genetic potential.

High-fertility heifers calved four days earlier than low-fertility ones, particularly during the first three weeks of the calving block.

However, according to the CR42 trait, there was no difference. This means the trait does not reveal the subtlety of first-calving data and indicates that calving season day could be looked at instead.

During their first lactation, the high-fertility heifers had a 30% greater six-week in-calf rate and conceived 12 days earlier. This was a much more significant difference than expected.

In the following year, high-fertility calved cows calved 12 days earlier and this time had a 24% greater CR42. The researchers had expected only a 10% difference.

During the second lactation, poor fertility resulted in a drop in the number of eligible low-fertility cows by more than half. However, the highs still had a 30% greater six-week in-calf rate and conceived earlier.

This suggested that the timing of pregnancy/conception-based traits should be explored further, as this data is available much earlier.

Between first and second lactations, high-fertility cows had stronger and longer heats, making detection easier. This meant they were more likely to conceive.

Anogenital distance (AGD) is the distance between the anus and the genitals. This was measured during the first lactation, at 29 months. High-fertility heifers were found to have a shorter AGD.

Irrespective of BV, which is related to timing of conception, rather than submission, cows with short (≤ 102mm) AGDs had greater pregnancy rates and conceived 22 days earlier in the first lactation.

Ongoing research has confirmed that high-fertility BV is associated with:

All of these traits lead to greater pregnancy rates.

It also means high-BW sires with high-fertility BV can be used with greater confidence to help improve herd fertility.

In addition, earlier, more heritable traits – including puberty, AGD, oestrous traits and the timing of conception – could be used to improve genetic gain and are being tested at scale.

Dr Claire Phyn, senior scientist at DairyNZ, was speaking at the British Cattle Breeders Club conference about the “Pillars of a new dairy system” project, held online on 25 January 2022.