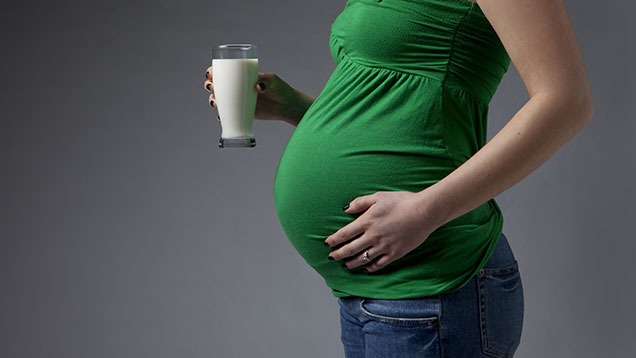 The dairy industry has hit out at a “scaremongering” report which claims pregnant women who drink organic milk could be putting their baby’s health at risk.

Iodine is crucial for the brain development of babies, especially in the early stages of pregnancy.

Studies have shown that iodine deficiency in mothers during these stages can lead to children with a lower IQ.

University of Reading scientists found that milk certified as “organic”, as well as conventional long-life milk treated at ultra-high temperatures (UHT), was a third lower in iodine than conventionally produced fresh milk.

Researchers said the findings of the study, published online in the journal Food Chemistry, had potentially serious public health implications, as most iodine in our diet comes from milk products.

Lead scientist Ian Givens said: “Iodine deficiency ought to be a health problem from the past. But unless this situation is carefully monitored, we risk sleepwalking into a new health crisis in the 21st century.

“Organic and UHT milk is not bad for you, and drinking all types of milk has numerous health benefits.

“But to get the same amount of iodine as in a pint of conventional pasteurised milk, you would need to drink around an extra half-pint of organic or UHT milk.”

But the dairy industry has questioned the report’s findings and farming organisations have branded it as “irresponsible”, “incomplete” and “scaremongering”.

“This is pure scaremongering. Pregnant women should not stop drinking organic milk in response to this research, which repeats findings from a study published in 2013.”
Helen Browning, Soil Association chief executive

The Soil Association said the study did not include measures of iodine levels in individuals who consumed organic milk, or the IQ of babies whose mothers did.

Its chief executive Helen Browning said: “This is pure scaremongering.

“Pregnant women should not stop drinking organic milk in response to this research, which repeats findings from a study published in 2013.

“As today’s study says, lower levels of iodine in the diet are thought to be linked to lower overall milk consumption, rather than to a switch to organic milk.

“This research is incomplete and to draw these conclusions now incredibly irresponsible.”

Its chief executive Dr Judith Bryans said: “The fact that organic cows historically do not receive iodine in feed may explain why iodine levels have in the past been lower in organic milk.

“This practice however has now been changed.

“At the end of 2014, the industry resumed the practice of enriching feed with iodine and recent testing carried out in January 2015 on a representative number of milk samples found no significant difference in iodine levels between organic and conventional milk.”

Nicola Turner, Head of Marketing at the Organic Milk Suppliers’ Cooperative (OMSCo), said: “This research, although published today, was carried out 16 months ago.

“Recent testing of supermarket milk, carried out in January 2015 by an independent third party, has shown that organic milk is not deficient in iodine when compared with conventional milk.

“Whereas it has always been common practice in the conventional industry to supplement cow feed with minerals, this wasn’t the case for organic cow feed.

“Over the last year, mineral supplementation of organic cow feed has become routine across the industry and more recent tests have shown comparable levels of iodine in organic versus non-organic milk.”