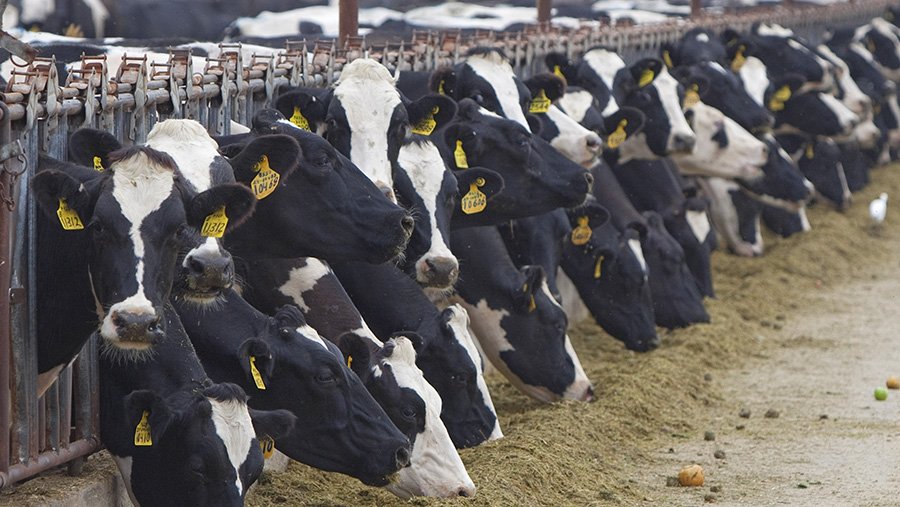 January prices of $13.77 (21.3p/litre) mean US dairies must slash costs now in the hope of a 2017 upturn, according to dairy economist Bob Cropp, University of Wisconsin-Madison.

Average US dairies need 24.7p/litre ($16/100lbs) from their Class 3 (cheese milk) milk price, which spells a painful year for many amid a time when there is “too much milk”.

Most farms require a Class 3 milk price of between 22-27.8p/litre ($14-$18/100lbs), with higher production costs further west and cheaper milk being produced in the Upper Midwest and North East where many dairy operations combine arable production, explained Professor Cropp.

He warned, however, lowering milk production a cow could exceed feed cost savings and the needed supply surge in the coming years “could not come from New Zealand alone”.

“So, for 2016 dairy farmers must cut costs, delay purchases of major capital items, and search for alternative sources of energy and protein for diets.”

He gave a lack of El Nino impact and Russian trade sanctions with Europe as key factors keeping world prices low and strangling US exports, which has seen US 31 January butter and cheese stocks 32% and 12% higher on the year.

Much rests on China’s return to the dairy market, he added.

He said these two factors made the US market somewhat different Europe and New Zealand.

“This had made the US market a parallel universe to much of the global market – but it may change soon,” said Mr Walkland.

“The European and Oceanic markets feel the volatility of the global markets more than the US because they are more export reliant, another reason is that the UK is not protected by export tariffs like the US market.”