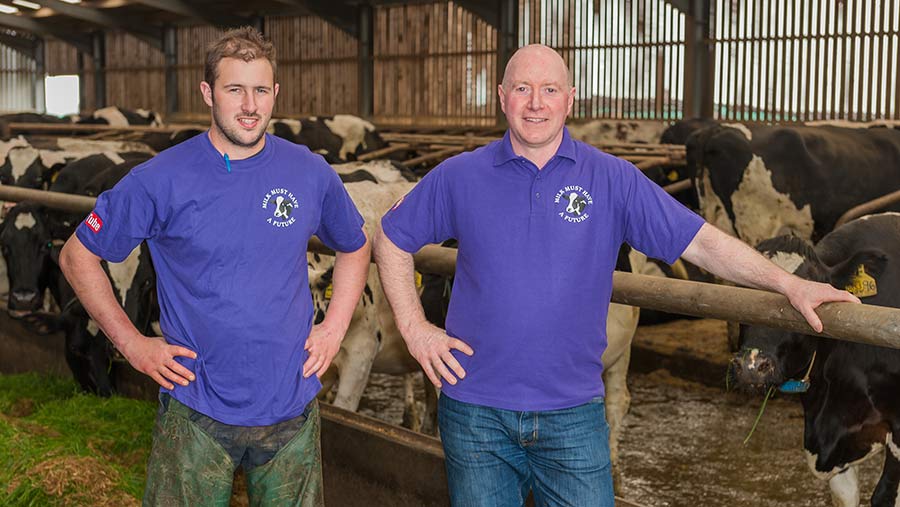 Well the news has gone from bad to worse for Arla and especially Arla direct suppliers, with the recent price cuts and the Tesco bombshell.

If I am really honest, I have never been a supporter of retailer contracts as they help so few in the industry.

To be fair to Tesco, its new scheme – where the more efficient you are, the more you earn – makes more sense. But if supermarkets really want to get their heads above the rest, why not align all the UK dairy produce they sell?

Lately on Facebook and Twitter I’ve seen talk of certain retailers wanting cows grazed for at least 100 days. Again, this is the tail wagging the dog. I have no issues with grazing cows, but I do not like being forced to do things for perception.

Cow welfare standards in the UK are among the highest in Europe. I remember the year I started dairying on a rented unit; we grazed the cows and buffer fed and had to close off cubicles completely because too many cows were happy to lie inside.

It’s like farmers in London. When they see so many people in a confined area they think: “How can anybody stick this environment?” To me there are country and city cows.

These past few weeks, Fergus, my herd manager, and I have been doing a lot of number crunching for the year ahead.

After attending the Positive Farmers Conference in Cork, we came home fairly excited, but it has waned somewhat. One speaker that stood out was Caroline Spencer from Somerset. She said the budget needed to start with a zero on every line, which isn’t as silly as it sounds.

Our main driver will be forage and grass – hopefully our zero-grazer will be in the field before the end of February.

Now I need to go and prepare and pack for the NFU Scotland AGM. With the lack of SFPs in the bank, it will be more like the Negative Farmers Conference.

Gary Mitchell milks 800 cows in Stranraer, Scotland, with heifers reared on a local farm. Gary zero-grazes 80ha of the 195ha he owns. He is regional board chairman for NFU Scotland