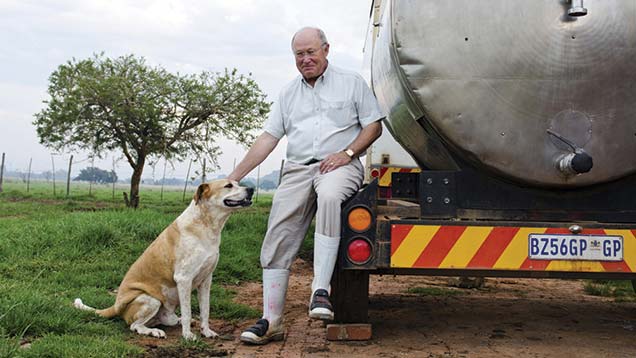 Winter arrived in South Africa on 3 June. Until then we had weeks of mild weather, with 25-27C highs during the day. The temperature suddenly plunged by 10-15C and has remained at that.

This is the latest arrival of winter I have experienced. At the end of May my kikuyu pastures were still green, which is unheard of so late in the year. Normally, by the end of May we would have had frost, but not this year. Even the swallows were late leaving. I finally saw them on 13 June gathering in groups, preparing for their northward journey.

On the milk production side strange things are also happening. From October last year there were indications milk production in the country was increasing substantially. Then from November to February this year the official figures indicated a growth of 10% on the previous year.

This was news to us on the northern side of the country because we definitely did not see 10% growth. Because of the dry and hot January and February we experienced a reduction in  production rather than an increase.

On the basis of these figures, and in anticipation of possible overproduction, the biggest processor announced a price reduction with effect from 1 August. A number of other processors followed suit with almost immediate price reductions.

If this was the end of the story, it would have made some sense. If there is a significant increase in production, overproduction is expected and prices drop. But now it has come to light the processor and a major retailer have imported significant amounts of UHT milk in March and April.

This makes no sense at all. It can only mean one of two things. Either the official statistics were not considered credible; but they were credible enough to drop the milk price. Or there is something wrong with UHT milk production in the country. Whatever the case, the poor farmer must pay the price.