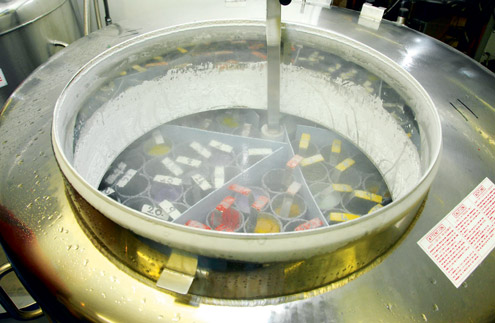 Farmers should have more confidence in genomic indexes according to geneticist, Marco Winters from DairyCo Breeding+, who has new data that should reassure users of their reliability.

Bulls which had genomic indexes – calculated from their own DNA – when the evaluations were launched in the UK just over a year ago have now been compared with the same bulls’ indexes based largely on their daughter performance today, and the analysis has shown a remarkable similarity between the two sets of figures.

Some 1,800 bulls were assessed and their average Profitable Lifetime Index (PLI) in April 2012 was £94.0. By April 2013 and with the addition of daughter performance information, the figure had scarcely changed, at £94.7.

“We had confidence in the technology when we launched genomic indexes in the UK in April 2012 as it had been extensively trialled and fine-tuned in North America and by ourselves, here in the UK,” says Mr Winters. “But the difference of less than one PLI point and a strong correlation of 0.89 between the two sets of figures is even better than we had hoped, and increases our confidence in the technology.”

The similarities seen in the UK are even closer than those previously seen in North America, and are likely to reflect the fine-tuning that’s taken place since their earlier launch in the US and Canada, as well as numerous trial runs in the UK. This also included obtaining pre-launch validation by Interbull, the organisation that’s responsible for all international genetic evaluations.


EGENES at Scotland’s Rural College is also credited with its part in this success, as this genetic evaluation unit not only calculates all indexes on behalf of DairyCo, but has also developed the prediction equations (also called the SNP key) which produce genomic indexes.

“Some people argued that our prediction equations were too conservative,” says Mr Winters. “But these new findings show they were almost spot on.”

UK farmers will ultimately be the beneficiaries of the wave of new genomic sires being sold in this country, as the best genomic sires on offer represent a genetic step up from proven sires.

Evidence from UK breeding companies paints a varied picture of uptake by farmers, with some reporting genomic semen sales at about 15% of their total sales volume, while other companies are selling as much as 40%. This is somewhat less than the usage seen in the USA where genomic indexes were first introduced, and where well over 50 per cent of semen sales are now from young genomic sires.

Here in the UK, Mr Winters urges farmers to use these young sires in their dairy herds to maximise genetic gain, although cautions against the use of large quantities of just one sire, but suggests spreading risk across a group.

“Even with this new information, we are still looking at reliability for genomic indexes of about 70%,” he says. “This may be too low for some farmers who prefer to have sires with a widespread daughter index and a higher reliability, and everything comes down to the individual’s attitude to risk.

“For farmers who like the idea of using genomic sires, there are certainly genetic gains to be made, so I’d suggest choosing the bulls with the bloodlines you like and the very best indexes to suit your breeding strategy; using them in small quantities and moving on to the next.

“I’d certainly like to see the UK as a whole renewing its culture of using young sires and using at least 25% of the best young genetics across the national herd,” he says.