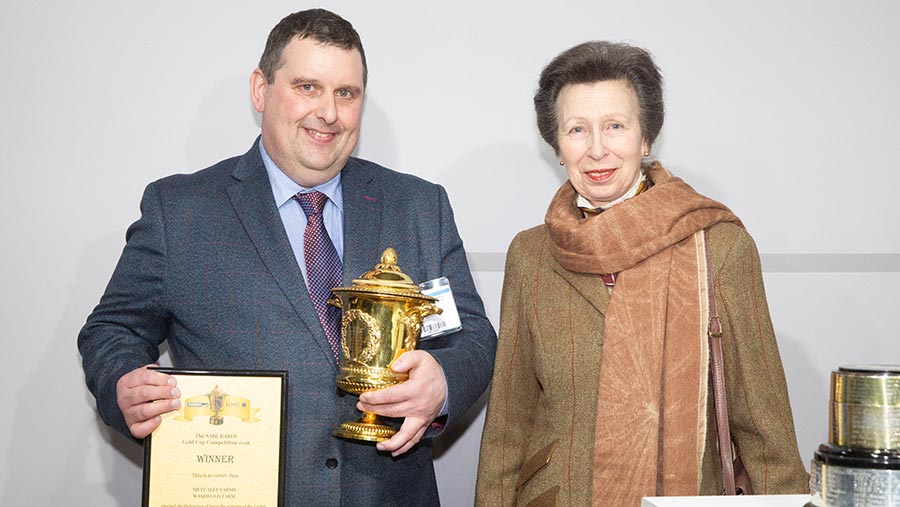 The Gold Cup competition has been revised for a second time to make it more inclusive to all breeds and dairy farming systems.

In 2017, the competition was given a massive overhaul when organisers, the Royal Association of British Dairy Farmers (RABDF) and National Milk Records (NMR), opened it up to grass-based, crossbred herds for the first time in its history.

Previously, only higher-production herds were eligible to enter the competition.

Organisers said the changes had been put in place with the view that the new rules will allow qualifying herds, regardless of their system, to compete against other, same breed herds.

Peter Alvis, chairman of judges, added: “The decision to make these changes has been discussed in great length and the new rules and qualifying parameters implemented for the future success of the competition.

“Over the past few years we have seen a major decline in the number of Ayrshire herds qualifying for the competition; another reason for opening the Murchland Trophy to all non-Holstein and non-Jersey Coloured breeds.

“We hope this move will also incorporate breeds more commonly associated with grazing systems – reiterating our commitment to fully incorporate all system types in the competition.”

Qualifying or nominated herds for this year’s competition will be advised of their eligibility in May.

They will then have until the beginning of July to submit their entry form.

Further information, including the full programme of events, is available on the RABDF website.

Pre-registration is essential and can be done online.