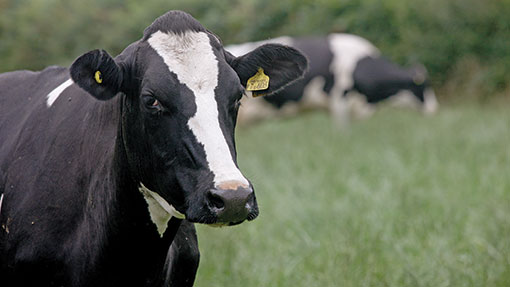 Optimism is fuelling expansion in the dairy sector, but some milk producers are opting to grow their business by improving existing performance rather than increasing cow numbers.

Despite a recent round of milk price cuts, the market remains strong and, combined with an end to milk quotas in 2015, the industry is moving forward at a pace not seen for years.

Rob Hitch, a partner in Cumbria-based Dodd Accountants, has clients who are planning to milk more cows and others who are boosting profitability without increasing herd size.

“Expansion isn’t right for every farmer, but I have clients who are growing cow numbers quite significantly. They have quietly added a few more cows over the years and it then becomes easier to make a much bigger jump. The bigger units seem to be getting bigger at a quicker pace than the smaller ones.

“It is possibly the availability of tax relief on extra cows, or infrastructure qualifying for large annual investment allowances, that make expansion more palatable for many,” he adds.

However, current performance must be good for expansion to be successful.

John Allen, of Kite Consulting, says farmers must be doing the job right in the first place. “I have seen businesses where things are not working and the farmer thinks that adding a few more cows will make it work better, but often that isn’t the case. They must grow the business from a position of strength.”

A common mistake is to implement too many changes at once, such as shifting from a grazing to a high-input system, altering the calving pattern, or changing cow breeds to suit milk contracts.

It is better for farmers to stick with what they know, says Mr Allen. “If they have worked out a system that is working for them, why change? Chopping and changing compounds any problems.”

Good planning is essential. Mr Hitch advises drawing up plans properly and in plenty of time. The financial forecast should be based on current performance and the budget must be realistic.

“Make sure there is plenty of sensitivity in the analysis, so you know at what point it is not going to work. When a business expands it might be that performance isn’t maintained because the farmer gets distracted,” explains Mr Hitch.

For many, expansion can mean making the jump to becoming an employer for the first time. This can often be a bigger leap than actually increasing herd size.

“When farmers achieve a certain scale, psychologically it is not such a big jump to grow the herd further. But if they are going from a position where they are milking 150 cows and doing the work themselves to milking 250 cows and employing staff, it is a whole different ball game,” Mr Hitch suggests.

The biggest financial pitfall for any expanding business is running out of cash if performance is not delivered or not as quickly as expected.

It is essential that income be generated from capital-intensive infrastructure at the earliest opportunity. “For every month that passes, the hole in the finances will get bigger if there aren’t sufficient cows,” says Mr Hitch. “It is vital that downtime is limited; a business must be geared up for that.”

A classic error is to plough money into infrastructure, but to stock it with fewer cows than initially planned because cash is tight. “It is a big mistake to expand and to not work out that you might be cash hungry at times,” says Mr Allen.

A guiding principle of any growth plan is to set a minimum 20% return target for additional capital employed. “If a business can’t achieve that then the risk return isn’t there,” says Mr Allen.

Expansion does come with risks. The biggest risk factors are not being competitive, expanding at the wrong time, or going over budget, Mr Allen explains. “The cashflow becomes tight and the creditors come in. Banks are now much less tolerant of poor performance.”

It is often the next generation that drives expansion and if a business has no succession there is less drive for growth.

But businesses can grow without increasing herd size. Improving cow fertility and health, or boosting milk yields and constituents can make a business more competitive.

Mr Allen says it is important for farmers to be realistic if they are not planning to expand. “It is possible to make a living out of 200 cows now, but bear in mind that there was a time when you could make money out of 60 cows. How many farmers can do that now?”

Chris Cornes has doubled milk yield from the 125-cow herd he runs with his parents, Roger and Joyce, near Welshpool.

The farm had previously expanded from milking 50 cows in the early 1980s, but there are no plans to buy additional land beyond the current 80ha. Up to 18ha of land is rented annually.

With land prices high, instead the family has decided to consolidate the business and improve on what they have.

Feet, fertility and feed are three areas in which improvements have been made. A professional foot-trimmer visits the farm every two months and in between visits, Mr Cornes uses his own training to deal with problem cows.

For the past four years, he has used Genus RMS, achieving a pregnancy rate of 22%. “Anything over 18% is good,” he explains.

One of the most beneficial changes has been introducing brewer’s grains into the ration. “It is relatively low cost and is 20% protein. It means we can extend the forage on limited acres,” says Mr Cornes. During the grazing season, cows are housed at night and fed a ration incorporating up to 5kg of a brewer’s-grain-and-bread mix.

Benchmarking enables Mr Cornes to keep track of business performance. “Financially we are looking to improve things like medication and vet interventions and milk quality.”

He is now milking 700 Holstein cows on a three-times-a-day system, yielding an average of 11,800kg.

Mr Lewis, who farms with his parents and his wife Sue, is ambitious and expansion is part of that. The Lewis’ have a son who may come into the business and that has been a key driver for growth.

“I don’t know many farmers who are happy to stand still; if you are standing still, you’re going backwards,” says Mr Lewis, who started milking in 1984 with 20 cows.

His is a fully housed system and he has grown the business without taking on more land, although some land was bought 18 months ago. He now farms 360ha and employs 11 staff. He runs a flying herd and milk is sold to Dairy Crest.

His wife gave up her job as a solicitor two years ago to join the business. “This took the pressure off me; I couldn’t have grown the business to the point where we are now without her,” he admits.

Expansion at Tack Farm coincided with a period of higher milk prices. “The milk industry has been through some good times. It is going to be harder for people who are investing a lot now as they will have to finance that from a lower milk price,” he says.