A Holstein breeder is striving to clear her name after being stripped of her champion rosette at the Great Yorkshire Show.

Shock swept through the dairy lines at Harrogate yesterday when Peak Goldwyn Rhapsody from Derbyshire breeder Yasmin Bradbury was disqualified for teat tampering. 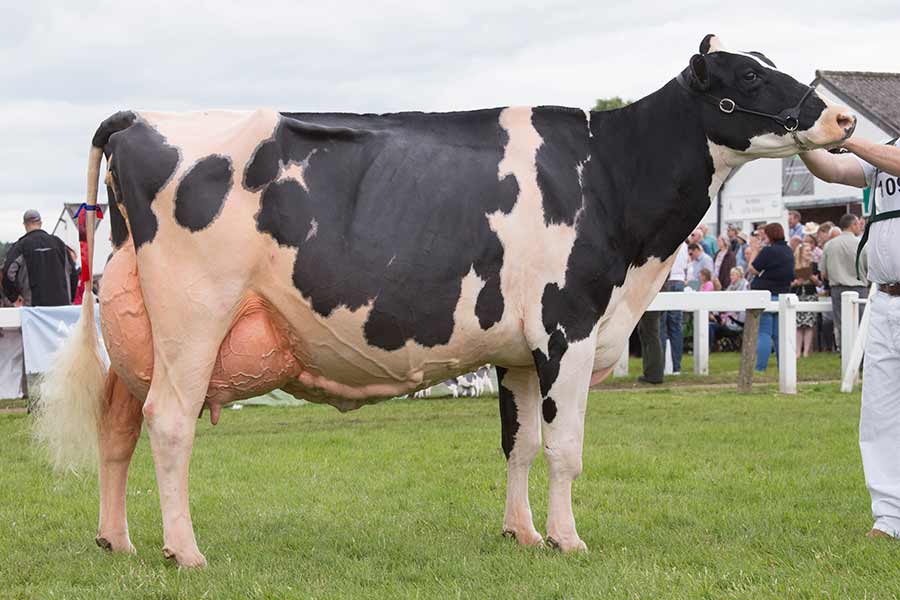 But Mrs Bradbury told Farmers Weekly she was innocent. She said a waxy residue from products used on the tail had transferred onto a rear udder when the cow was lying down.

“We usually use a hair spray on the tail, but this year we used an adhesive and a wax that a friend suggested we try,” said Stephen McLoughlin, who was involved in preparing Peak Goldwyn Rhapsody for the show.

“The cow in question has a very long tail and she has an excellent udder – she is an Ex96.”

Mrs Bradbury said the stewards currently had adhesive and wax products as evidence and could not remember the name of the products.

Furthermore, all animals entered by Mrs Bradbury’s Peak Holsteins will be unable to compete at the Great Yorkshire Show for three years, if she is found guilty. This rule does not apply for Sterndale animals, she explained.

Mrs Bradbury said: “I would not do anything to hurt my cows – I love them to pieces.”

She added that other exhibitors had said they would write letters of protest about the decision to the Yorkshire Agricultural Society.

Rule 65 of the schedule of cattle details “improper practice”, including the setting of teats, or any artificial contrivance or device of any description “preventing or influencing abnormally the flow of milk”.

The society said it was “extremely disappointed” to take the decision, which was not done lightly.