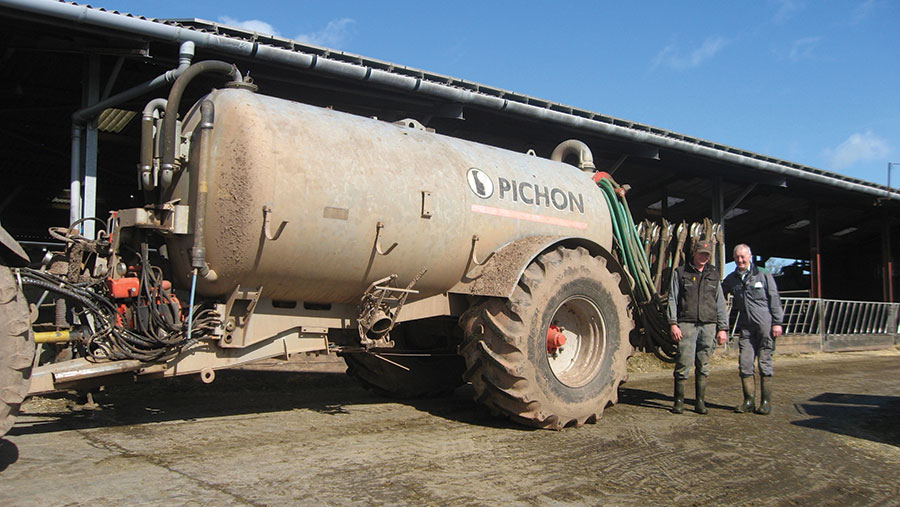 When Mr Read replaced his parlour with robots in 2008, it meant housing had to be redesigned. He decided to install slatted floors, with an underground slurry pit and a robotic scraper.

But that presented its own challenges; minimising the odour and keeping the slurry uniform.

Having been advised against installing an aerating system to agitate the slurry, Mr Read decided to use beneficial bacteria to do the job for him.

Mr Read and his son, Harry, who milk 260 cows at Pyrland Farm, in Taunton, brew their own bacteria mix (Actiferm) to keep costs down.

They buy a starter mix from Agriton, add it to molasses and water, and brew it at 36C in a 200-litre barrel with a fish tank heater.

Actiferm is a mix of effective micro-organisms and contains activated bacteria, yeasts and fungi.

A fresh mix is brewed every six months and it costs less than £1,000.

The cows are housed on mattresses with sawdust bedding, which Mr Read replaces three times a week.

Once the beds are cleaned, he adds 10 litres of the concentrate to 100 litres of water (for 180 cows) and, using a watering can, sprinkles it on the backs of the beds before spreading the sawdust. 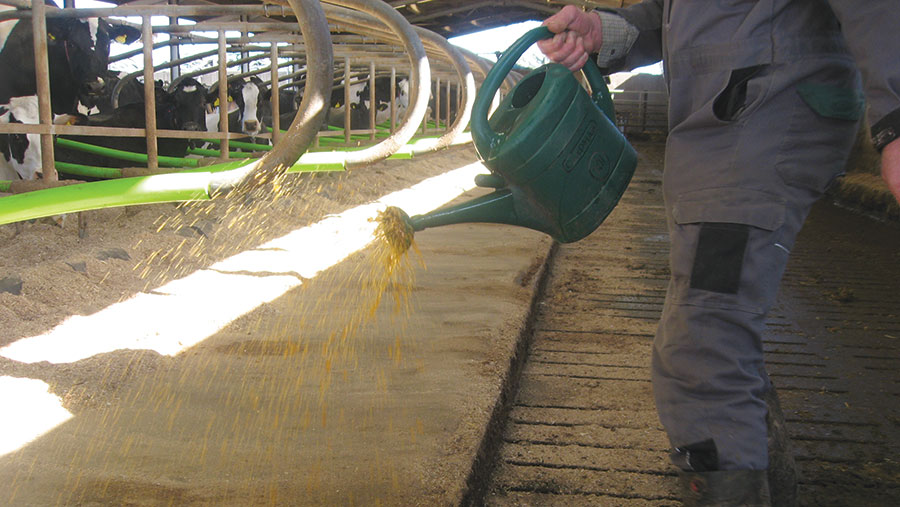 By using the liquid instead of hydrated lime, the good bacteria create a healthy environment that acts to reduce mastitis.

The beneficial microbes end up scraped into the slurry, where they get to work; fermenting it, eradicating any crust, locking in the nutrients and reducing odour.

What the trials show

Kingshay trials showed total nitrogen content in slurry treated with N-Hance and Actiferm was 12% higher than the control after 12 weeks, at 0.243% weight for weight.

Ammonium content was also 12% higher, at 0.148% weight for weight. This means slurry is retaining the ammonium nutrient, rather than releasing it as ammonia gas, so more will then be available to the plant.

The increase in plant-available nitrogen boosted the value of slurry by up to £0.26/t freshweight.

Reduced crusting also had an economic benefit, because less stirring was required. This made pumping through umbilical systems easier.

Other trials have shown that if you store slurry for three months before using it in the AD plant, the energy produced from it drops by 31%.

But if you treat the slurry with both Actiferm and N-Hance while it is stored, the energy production actually increases by 3%.

Mr Read bought a trailing shoe in 2012 and is now making better use of his slurry.

Before the first slurry application, he agitates the slurry with a jet pump stirrer twice, for three to four hours, towards the end of February, and then gives it just a small stir before filling the tanker each time.

“As you don’t get a crust, it’s very easy to stir – we just need to mix the sawdust in,” he explains.

“If you get the fermentation right, it’s a lot less pungent, and it doesn’t attract flies, either. When we stir it, we put the fans on, but we don’t need to take the cows out of the sheds.”

Silage leys get their first application of 37cu m/ha in March, and Mr Read tops this up with 20-25cu m/ha after each cut, with four taken in total. He then calculates inorganic fertiliser use requirements on top.

Now just three lots of fertiliser applications are made: 250kg nitrogen/ha before first cut, 220kg N/ha at second cut and 150kg N/ha for the third.

“We’ve cut our fertiliser use in half,” he explains. This has also been helped by having more slurry storage capacity and doing soil sampling.

Effective micro-organisms act in the same way as probiotic drinks or silage inoculants. The beneficial bacteria create the right environment.

In the case of slurry, the aim is to produce anaerobic fermentation, as this locks in nutrients and reduces gaseous losses. In contrast, aerobic conditions mean the manure rots, releasing ammonia, methane and carbon dioxide into the atmosphere.

Enzymes produced by the microbes break down fibrous plant material, which mean slurry and manure is taken into the soil faster, making the energy and nutrients available to growing plants.

It should be applied at a rate of 20 litres/100cu m of slurry every three months. Chemicals from parlour washings and foot-baths will deactivate the effective micro-organisms, so should not be disposed of into slurry.

If this is not possible, N-Hance should be used to neutralise the chemicals, at a start-up rate of 2 litres, diluted into 20 litres of water, per 100cu m of slurry, followed by a weekly maintenance dose of 1 litre, diluted in 10 litres of water.