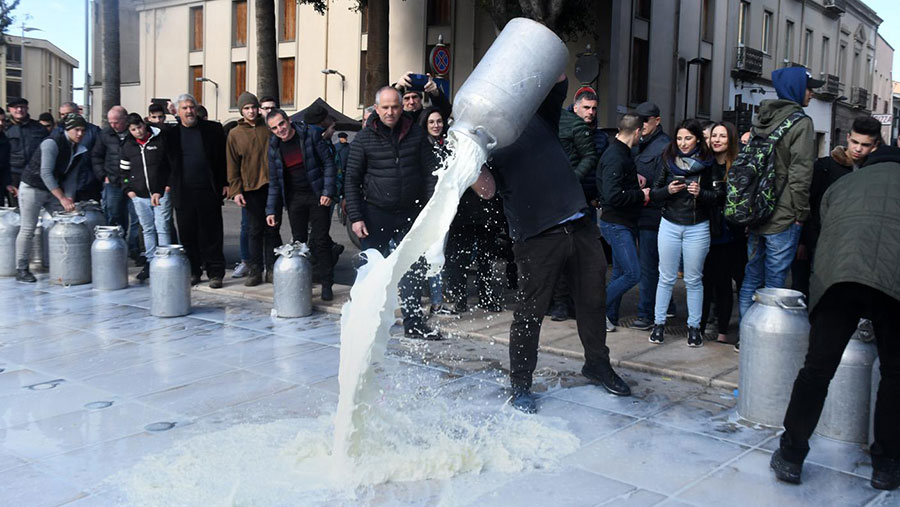 Farmers and shepherds on the Italian island of Sardinia have been dumping their milk in the streets in protest against low prices.

They say they would rather pour their milk away than sell it for almost nothing.

According to Euronews, the farmgate price of sheep milk has plunged more than 25% to €0.60/litre (£0.57p/litre), following a drop in the price of cheese. 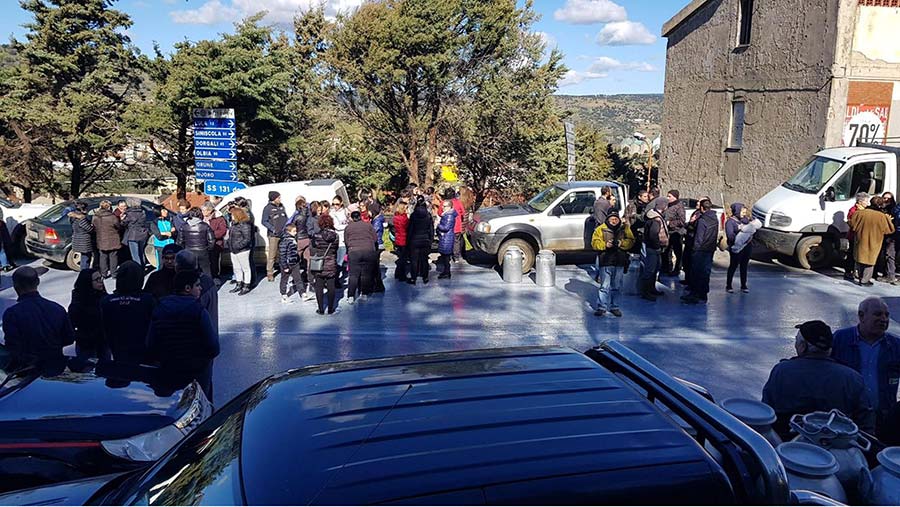 Local farmers’ milk is used for about half the island’s cheese production.

The farmers are demanding €0.70/litre (£0.61/litre) net, as well as better protection from cheap imported milk and protected denomination of origin of milk.

One shepherd told the BBC: “Every shepherd feeds 11 people. We don’t get any help, yet we are helping others.” 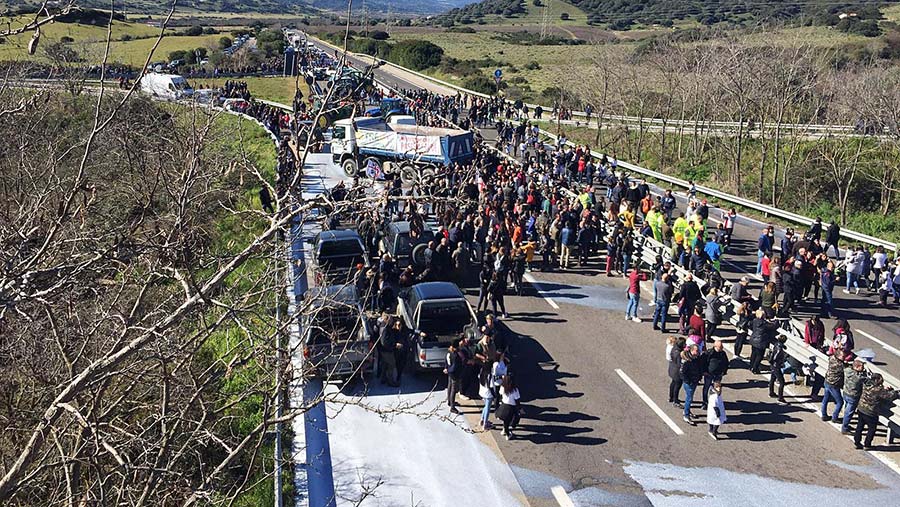 They dropped thousands of litres of milk from urns from an overpass on to oncoming cars and lorries below.

On Saturday (9 February), the farmers’ protests caused the Cagliari football team to miss a flight for their game against AC Milan.

But the Cagliari players were later allowed to leave their training ground after they expressed support for farmers.

One of Sardinia’s biggest cheese-producing factories, the CAO Formaggi factory in Oristano, suspended production and distribution on Monday (11 February) in solidarity with farmers.

Italy’s agriculture minister Gian Marco Centinaio met with farmers on Monday and interior minister Matteo Salvini has promised a solution after holding a meeting with shepherds. 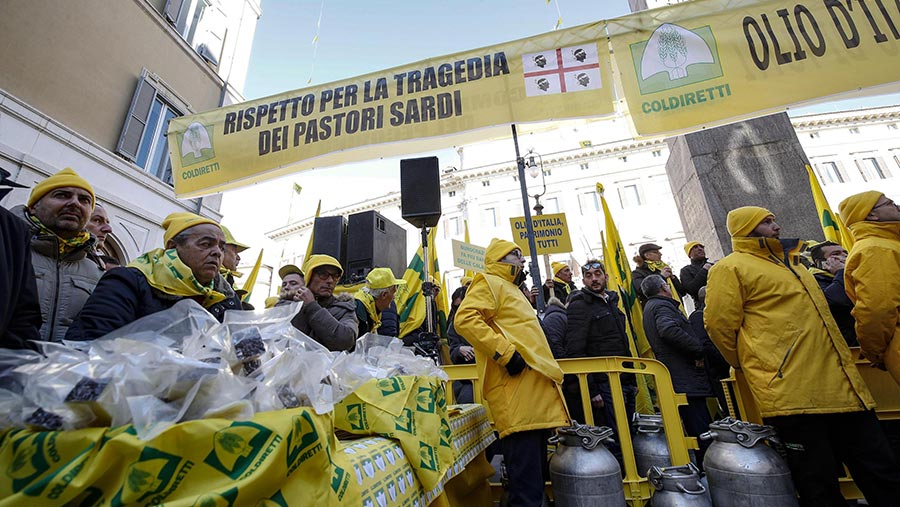 Sardinian farmers have threatened to block polling stations on the island in the regional elections on 24 February if no solution can be found to the milk price crisis.