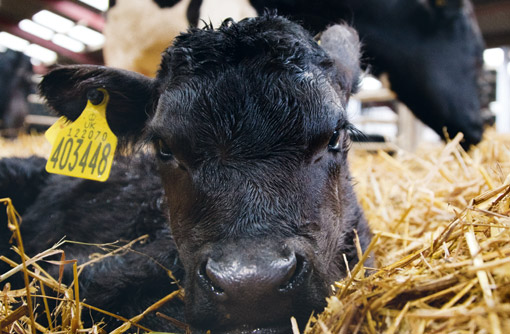 Traditionally this country had spring calving herds in areas of good grass growth and autumn calving herds on dry farms or mixed arable/livestock farms. Then along came seasonality payments and level milk profiles and so there has been a general drift to all-year round calving.

I believe this had aggravated the poor fertility on many herds and led to increased work pressure and poorer life balance for many farmers.

Even if you want a level milk profile it is still possible to achieve a reasonable profile by block calving cows, it just means having more blocks. Running autumn and spring calving blocks works well for some farms, particularly when treated as two separate herds.

The target for the autumn herd should be 8,000 to 8,500 litres with 3,500 litres from forage and a feed rate of 2.2 to 2.5 t concentrate/cow or 0.27 to 0.29 kg/l. This means cows can be targeted to peak at 38 litres and be fed intensively during the winter, but are turned out pregnant and in good body condition so can maximise use of grazed grass. Spring calving blocks can be buffer fed to achieve similar yields or you can accept lower yields from this block, but get more production off grazed grass. A reasonable target would be 7,000 litres with 4,000 litres off forage (mainly grass) and a concentrate usage of 1.4 t/cow or 0.2 kg/l.

It is difficult to achieve a quick move to block calving unless you are prepared to take the financial hit in the first year. A more achievable aim is to move to several calving free two month blocks to start with. Try not calving cows in December/January and July/August and you may find the psychological benefits of having a break becomes addictive. If you like the system, keep extending the calving free blocks for example November to January and May to July.

So what about the fertility advantages of block calving? It is easier to spot bulling cows when a lot are bulling at the same time. It is easier to stay focussed on observing cows when you know you are only serving for 12 week blocks. You may be more inclined to use tail chalk/paint, Kamars or other heat detection aids for a short period. Infertile cows will cull themselves out of the herd. Serving twice to Black and White then using beef semen or a beef bull will breed fertility into the herd and mean no heifers are reared from poor fertility cows.

Even better fertility can be achieved from cross breeding cows which works well with block calving herds. For spring calving blocks a Jersey x Friesian x Montbeliarde gives you a smaller cow which gets the best off grazed grass. For autumn calving blocks a Swedish Red x Friesian x Montbeliarde gives a bigger cow with higher yield potential. Cross breeding produces a hardy and robust cow which is easier to manage than her thoroughbred Holstein fragile cousin.

For evidence of what can be achieved look at Farmers Weekly Dairy Farmer of the Year Gavin Fowler who has moved from a high input Holstein herd to an autumn block calving crossbred herd. He now calves 280 cows in six weeks and has a calving interval of 366 days. Heifer calves are reared from cows that have got pregnant to first service so fertility is being bred into the herd with the result that 40 to 50 surplus cows and heifers are sold each year.