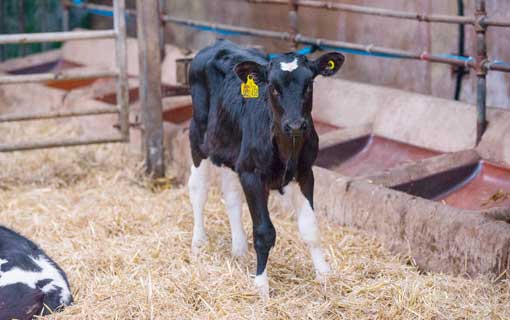 This year’s British Society of Animal Science conference looked at everything from whether organic or conventional dairy production was better for the environment to the best concentrate allocation for dairy cows. Sarah Trickett gives a brief insight in to the latest findings

Organic production may have declined in recent years, but it is still seen by some consumers as a system that produces safe and healthy food with consideration for the welfare of the animal and the environment.

However, do organic systems really meet the need for the environment and animal welfare? According to new research, that answer could be no.

The reason for the higher carbon emission was the fact organic cows had lower milk yields and stocking rates, along with increased levels of land required for rearing replacement livestock. A higher level of replacements was mainly due to culling of relatively young organic cows due to Strep uberis mastitis, especially in early lactation. Conventionally managed stock also had higher milk yields and stocking rates.

Feeding a ryegrass/wildflower forage mix could help reduce carbon emissions, according to research by the University of Reading.

It is believed this is because the production of methane by ruminants is influenced by the type of carbohydrate available for fermentation. The concentrations of plant secondary compounds may have contributed to wildflowers’ effects on methane emissions and may also have affected the digestibility and fermentation of forage in the rumen.

However, with feed prices continuing to rise and mixer wagons and out-of-parlour feeders regularly replacing in-parlour feeders, is the way concentrates are allocated to dairy cows correct?

1. A complete diet fed at a flat rate

3. Feeding to yield – whereby cows were allocated to one of three concentrate curves based on milk production in week two and three

4. A basal diet and field to yield – whereby all cows were offered a basal ration containing 6kg concentrate a cow a day as well as being allocated to one of three curves based on milk production in week two and three of lactation.

Dr Law found there was no effect on production by feeding concentrates via the different methods. He concluded that when allocating concentrates to meet the expected nutrient requirements of the average cow in a group of cows with a tight calving pattern, concentrate allocation strategy will have little effect on overall performance.

Breeding tools could be developed in the future to help breed cattle that have a low level of resistance to Johne’s disease.

Research by Scotland’s Rural University College looking at the genetic analyses of Johne’s testing data found that despite the low heritability of health and fertility traits, genetic progress can still be made.

For example, there was a genetic turnaround in the genetic trend of fertility almost immediately after the fertility index was introduced which includes traits with heritability’s of 1-4%. Since testing of Johne’s already take place such as the service offered by the National Milk Records (NMR) , the same field data could be used to develop breeding tools as part of an overall disease control strategy.

UK dairy farms are moving to more indoor feeding and continuous housing systems and away from traditional all-summer grazing.

According to a survey conducted by Scotland’s Rural University College of 828 farmers – representing six percent of dairy production holdings in the UK – traditional all-summer grazing is not the predominant system on UK dairy farms.

More than two-thirds of farmers involved in the survey said they had adopted some form of indoor summer feeding system, with only 30% of respondents farming in a traditional manner, grazing their cows in better weather.

More than 40% of farmers answering the survey also indicated they were feeding all their cows inside during the summer for part of the day, with 7% housing and feeding cows indoor year-round.

The survey also showed that as herd size increased, farmers tended to move away from a more traditional grazing system towards continuously housing their cows. This could indicate that increased herd sizes in low-input systems are not as profitable as more intensive systems that begin to become more economical at larger scales.

Levels of protein and energy in a cow’s diet can significantly affected the ability of a cow to get in calf.

According to trial results from Scotland’s Rural University College, cows fed rations with relatively lower crude protein (180g/kg DM) and metabolisable energy (11.5 MJ) had a lower chance of pregnancy in the first three inseminations compared to those receiving diets with higher protein levels of 185g/kg DM and an ME of 12.3 MJ.

Genetic merit, days to first heat and body condition also influence the cow’s chance of getting in calf.