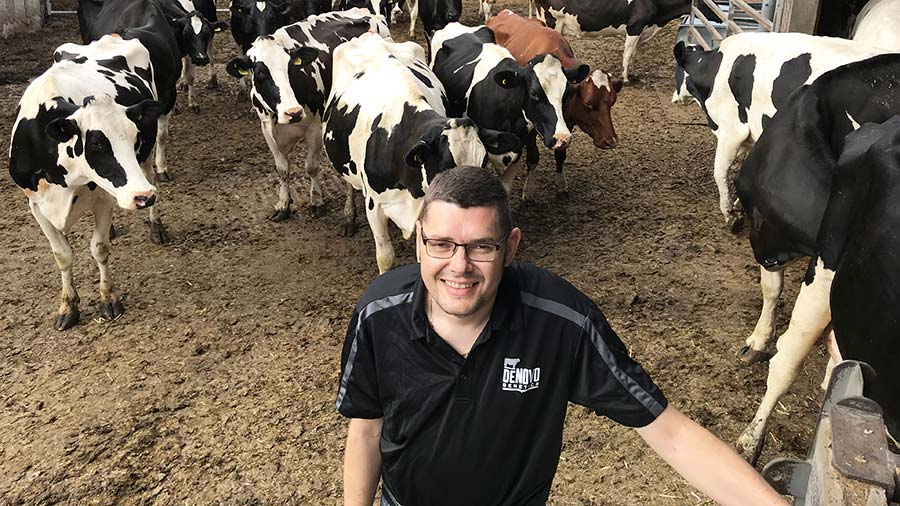 A Cheshire dairy farmer is using genetics to deliver a cow that is fit for purpose.

Changes to the breeding programme at Clayhanger Hall Farm have led to significant improvements to the efficiency and performance of the 400-head Holstein herd.

Partner and herd manager Andrew Rutter spent 20 years working for Genus, running its EU breeding programme. He returned to the family farm in 2018, where he was put in charge of breeding decisions.

Mr Rutter began by reviewing the current strengths and weaknesses of the herd:

Mr Rutter found that the best/longest-surviving cows were smaller-framed “invisible” cows. Most of them were sired by one bull.

Good relations with a maize-growing neighbour and the ability to grow good-quality grass highlighted that milk from forage should be a priority.

Future-proofing the herd from a health perspective and breeding a cow that would produce less methane was important from an environmental perspective, but also financially.

With the investment in genetics, several quantifiable and, ultimately, financial benefits are starting to show.

Johne’s is now the primary reason for culling, with fertility and mastitis less of an issue. Some voluntary culling for production is also taking place.

A recent genetic audit has confirmed a strong return on investment on production and fertility.

Herd genetic rankings have jumped up over the past year. “As of December, we are now in the top 25% with our milking herd, and our youngstock are in the top 5% [based on AHDB data],” he says.