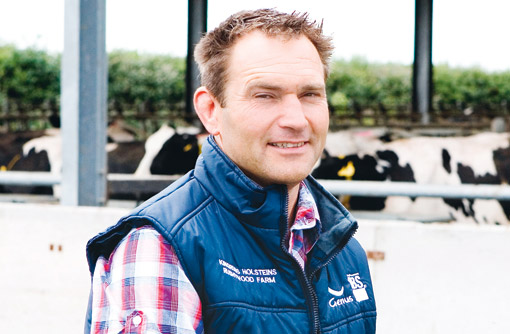 “Solve market failure in the dairy industry and tackle issues not currently being dealt with” or “Drive sales and increase demand for dairy products and ingredients” – which one do we want from our industry support team?

If you hadn’t guessed, the first statement is DairyCo’s and the second from the US’s Dairycheckoff scheme. I know straight away it will be said you’re not comparing apples with apples, which I accept. I certainly don’t mean to be critical, but having just arrived home from another business trip in the USA I was struck again with the support the dairy industry there compared to here.

First, the university research and extension services are amazing. We all know nothing can educate like doing the job, but having thriving educational institutions is bound to attract and hold on to the managers and leaders dairy farming needs. As our farms get more complicated and larger, these skilled individuals will make the difference between success and failure.

But the main advantage the USA has is the continued high-calibre, targeted approach to the promotion of dairy farming and dairy products, and this has to be admired. The Dairycheckoff scheme has been running nationally in some form since 1983. Since then, domestic consumption per person of milk products have risen 15%.

What’s happened here? Production down? Sales per head down? I’m guessing, but less milk produced with a bigger population makes the maths easy.

In 1993, 71% of US dairymen voted to support a nationwide scheme for milk promotion through the use of education, industry partnerships and driving consumer loyalty. Yes we pay 0.06ppl to their 0.23ppl, but who’s getting the better deal?

Through strong partnerships, Dairycheckoff also estimates for every $1 spent by farmers, $6 are spent by their industry partners. In addition, all imported dairy products are subject to a half levy rate “import tax”. Even if we changed nothing else this could put £300,000 in the DairyCo coffers.

We can change our future.