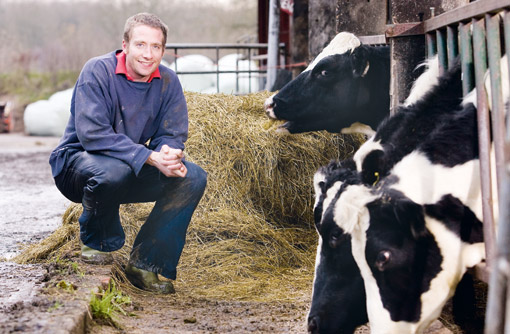 At long last we have moved into the new unit – hooray. The old parlour could not wait any longer and a blown milk pump meant we moved in a little earlier than anticipated.

We walked the cows to the new parlour and milked them there. Two hours and 20 noisy minutes later we finished milking, which was a lot easier than I thought.

However, the next 10 days were far more stressful than I expected. The teething problems seem to be endless and working out what things should be doing when working properly and what they do when not has been a sharp learning curve, with the cold snap raising that curve to vertical.

The slurry channels have been particularly problematic with the slurry not flowing in the cold. This problem has been made worse by a number of factors, including the new milk contract being fat% biased (lots of fibre in ration), a lovely airy shed, auto scrapers only working manually and using too much sawdust on the beds. All these factors need to be managed to a higher level than before.

The dry weather has meant we have been able to keep the slurry pit empty and plough in right behind the spreaders, travelling without making ruts. I just hope for a slightly wetter spring than last as maize stocks are low and we will need a good crop this year to rebuild our forage safety buffer after last year’s maize disaster. The maize has been very variable within the clamp – some wet and acidic, which has meant feeding more fibre to buffer the rumen, which results in stiffer dung that then blocks the slurry channels.