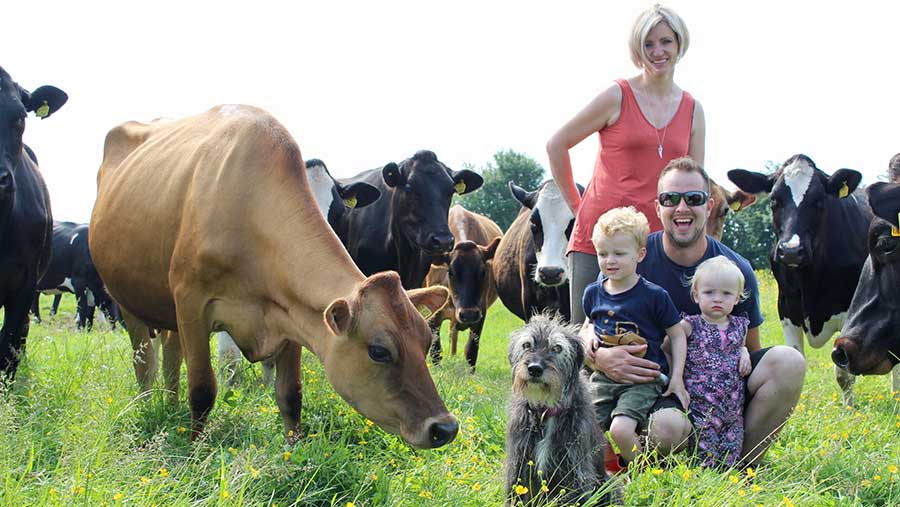 Nick and Becca Cavill with their children

After 17 years of grit and determination, at the age of 30, Nick Cavill has achieved his ultimate goal of running his own dairy.

However, Mr Cavill has turned this to his advantage by making the most of lower rents to secure more land.

“It’s less competitive down here,” he says. “I wouldn’t have had the money or the backing to go up against the guys and girls with 400 animals wanting prime dairy ground.”

On average, land rental is about £188/ha on Godney Moor, versus about £371/ha on fertile ground closer to nearby Glastonbury.

Mr Cavill now rents 185ha of ground from several landlords. The 57ha at Manor Farm is the site for the dairy and is rented from Martin Heal under a 12-year FBT.

Mr Cavill, who also runs a farm contracting business, says rental negotiations have been aided by the fact he can improve land using his own machinery and contracting team.

Income from this contracting business, together with a heifer-rearing contract, have been essential in the development of the dairy.

All income has been ploughed into increasing land area and buying animals.

By building assets in such a way, Mr Cavill was put in a stronger position to approach the bank for a £100,000 loan, which has been used with £40,000 from Dairy Futures to develop the dairy.

Another £40,000 has come from the contracting business and credit from local businesses. 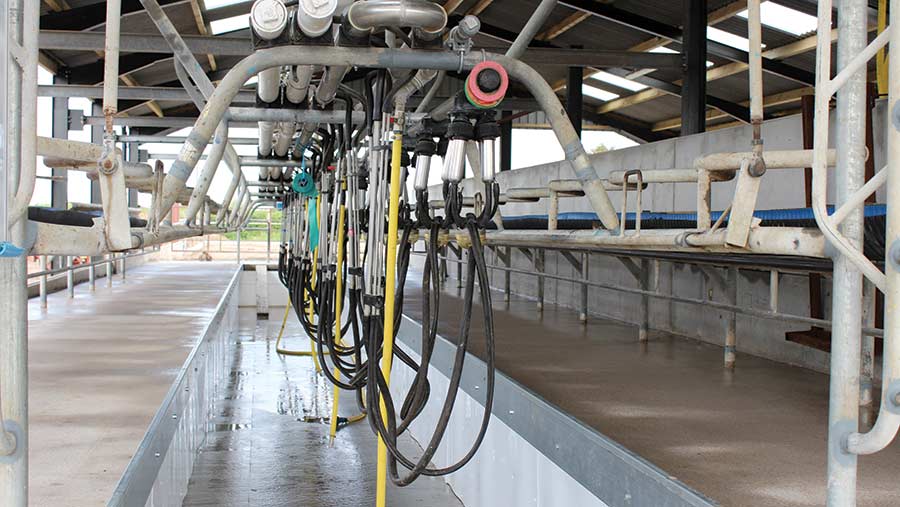 Around 88% of the total moorland rented land is peat, with the rest clay.

When Mr Cavill initially took on some of the land for heifer rearing, he invested in fencing and grassland improvement.

However, the peat ground proved too acidic for perennial rye grasses, which died out within 12-18 months, making way for weed grasses. Now, any improvements on this ground are focused on short term Italian ryegrass leys.

As improvements are limited and ground isn’t suited to heavy machinery, Mr Cavill has chosen to set up a low input, organic, once-a-day system with small, cross-bred cows.

He explains: “Farming this area led me to the breed of animal and the system. I needed something that was hardy, could live outside and produce milk off poorer ground. I need to be sympathetic to the ground we’re on and that’s the whole ethos of the system.”

Not living on site, having two young children and the “massive potential margin” of an organic, once-a-day system was also a big selling point.

The aim is to feed grazed grass alone for much of the year, with silage buffer fed at the shoulders of the year and cattle out-wintered on turnips grown on dryer peat ground. 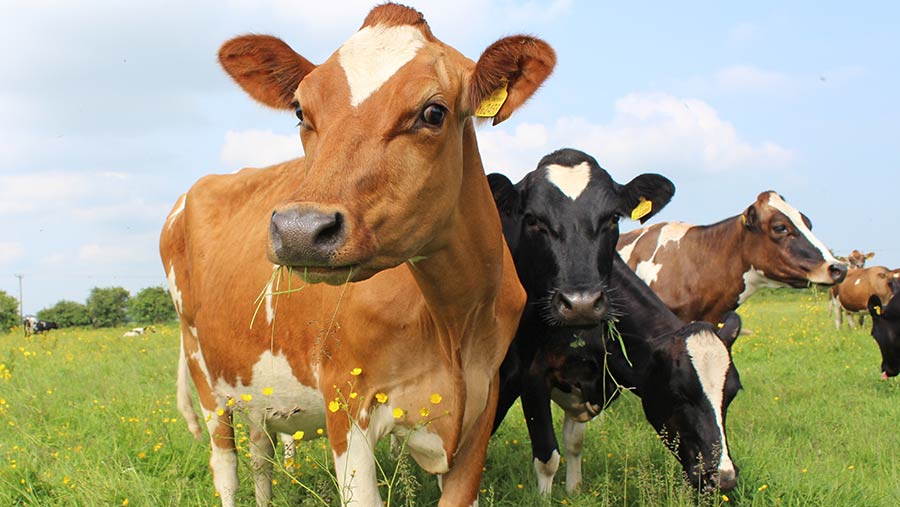 Heifers were sourced from Tom Foot and Neil Grigg as baby calves of around seven days old and reared until calving in March.

The start was far from easy, with building work going over budget by £52,000 and the Beast From the East hitting at calving.

The aim was to continue rearing heifers on contract up until his own animals calved. However, this arrangement ended early, while a separate calf-rearing enterprise resulted in a loss.

“I couldn’t have done it without the support of those businesses,” Mr Cavill stresses. “They believed in what I said I’d do. I’ve communicated to them clearly all the way through and explained what cash is coming in and out.”

He also thanks his vet wife and business partner, Becca and seven-strong contracting team who have fully embraced working on the dairy in between contracting work.

Most of this year’s milk cheque will be ploughed back into servicing debt. Thankfully, an interest-only bank loan in year one has made these repayments more manageable.

All in all Mr Cavill is feeling positive about the long-term potential of the business.

He says: “As long as we service our debt, we’ll be in a strong position next year.”

Nick Cavill’s tips when setting up a new dairy

Persevere to get the milk contract you want – don’t settle. Don’t be frightened to speak to people on the phone. I sat in the car one morning and phoned every milk buyer in the South West and Wales until I got an answer.

Communicate – Talk to the businesses you work with. I’d have had debt letters and solicitor’s letters if I hadn’t built that relationship. Be honest and upfront with them.

Be prepared to work – I’ve worked hard to get where I want to be. Ironically, I work less now than I ever did.

Put in realistic contingency – Budget for over 10% when putting in second-hand equipment where things can go wrong.