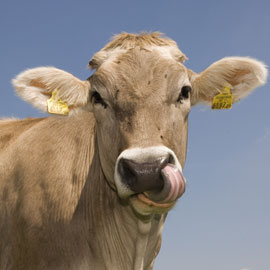 A new vaccination approach for infectious bovine rhinotracheitis (IBR) in beef and dairy cattle will not only simplify control, but will also double the length of protection from six to 12 months.

The new vaccine programme, put forward by Pfizer Animal Health, suggests combining the use of live and inactivated vaccines for the most effective control.

The programme involves giving all naïve animals over the age of three months an initial live dose of a marker vaccine (Rispoval IBR Marker Live). This is then followed six months later by a single dose of an inactivated marker vaccine (Rispoval IBR Marker Inactivated), that will then give protection for up to 12 months. An annual booster of the inactivated vaccine will be needed for continued protection.

Carolyn Hogan, veterinary surgeon at Pfizer, said the new protocol, which has been made possible following changes to the live vaccines product licence, could be applied to an entire herd where IBR vaccination was being introduced for the first time or where new animals join the herd.

“Compared with previously available programmes involving live and inactivated marker vaccines, the new one simplifies IBR vaccination for beef and dairy farmers at the same time as extending protection for up to 12 months.”

Giving the live marker vaccine first to naïve animals entering the herd or animals starting on the new vaccination protocol fools them into thinking they have been infected and stimulates protection against a subsequent real infection, added vet Rob Davies of Allen and Partners, Whitland.

Over the past nine months in south Wales, Mr Davies has found 75-80% of his client’s herds tested positive for IBR, based on bulk milk antibody surveillance. As a result, Mr Davies has introduced the new IBR vaccination policy and seen dramatic results.

“But after using a live vaccine followed by an inactivated vaccine six months later, on one large-scale unit we have seen a yield increase of two litre a cow a day, attributed directly to the programme. This extra milk yield is worth more than £180 a cow a year.” Mr Davies has also seen a drop in displaced abomasums and increase in conception rates.

However, although the new vaccination programme is a step along the way to IBR control, the UK is still “way behind” other EU countries in terms of IBR eradication, said Peter Nettleton, a freelance veterinary virologist.

“The UK has put priority on tackling other diseases such as TB and we haven’t even banned the use of unmarked vaccines. This vaccination programme is a big step forward in IBR control, but it’s down to farmers and farming societies to take responsibility.”

Find out more about IBR control with our online academy https://www.fwi.co.uk/academy/article/114733/infectious-bovine-rhinotracheitis.html

Health planning is a vital part of disease control and we would like to know how you view health planning in your herd. Is your health plan a dynamic document or tick-box exercise? By filling out a short seven-question survey, you could be in with a chance of winning one of 10 free tickets to Livestock 2012, which takes place on 4 and 5 September at the NEC, Birmingham. To take part in the survey and to be in with a chance of winning go online.