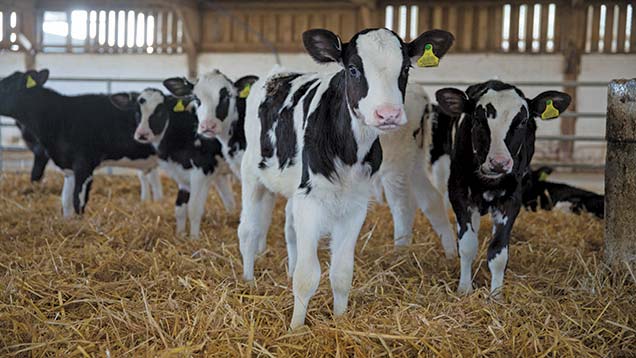 A survey of 102 UK dairy farms has found on average, farmers are not making any money from their heifers until 530 days after they calve down.

Researchers from the Royal Veterinary College (RVC) visited farmers in England, Scotland and Wales to examine how long it took for heifers to pay back the cost of rearing after they entered the milking herd.

“We looked at the point post first calving where heifers were actually repaying their investment,” said Alana Boulton from the RVC, during a presentation at the British Society of Animal Science’s (BSAS) annual conference.

“The results showed by the end of the first lactation, 24% of heifers had paid back their costs of rearing and this increased to about 90% by the end of the second lactation. The average number was 530 days post first calving, but this ranged from 168 days up to more than 2,000 days, which actually for this particular farm turned out to be six lactations.

“If we have a 19% and 24% culling rate in first and second lactations and yet it is taking one-and-a-half lactations on average to break even, that is an awfully large percentage of heifers that are not paying back. This is a big expense because they are not providing any profit to the farm.”

The costs of rearing used in the calculations were based on variable costs only, but did relate to the actual management practices used on the farm.

One of the biggest factors in the total costs of rearing was age at first calving, said Miss Boulton. The target for first calving is 24 months, but if this increases to 25 months, costs rise by about 7%, she said. If you go up to 27 months it increases costs by about 18%.

Claire Wathes, professor of veterinary reproduction at the RVC, outlined the results of a related study which set out to examine how good current calf rearing practices are on British dairy farms.

While most farms did follow industry and government guidelines on rearing livestock, there were big variations in the cost of rearing and management strategies.

There was “some cause for concern” about how often calf pens and houses were cleaned out and to what extent, she said. While most offered fresh bedding every day, most pens were only cleared on average every four weeks and not all were disinfected.

“You will get a build-up of germs in the pens and housing areas which animals are going to be exposed to before their immune systems have had a chance to develop.”

Another key finding was that the average volume of milk being fed was 4.58 litres/day, which would not supply enough energy to achieve recommended weight gains of 750g/day, she said.

“Improving animal nutrition would be a good way of improving health and welfare without incurring a huge cost increase at this stage. It will cost more, but we would suggest that will be paid back by having more healthy animals that make it through into the milk herd.”