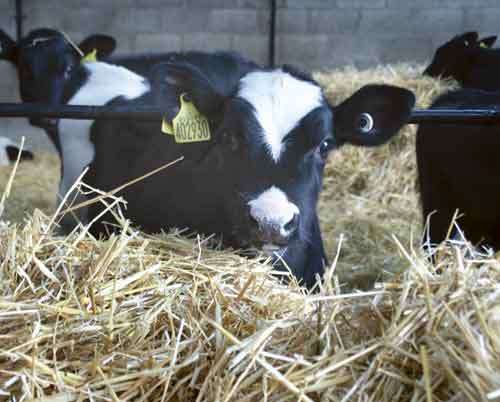 Anti-suckling nose flaps could be the solution to reducing stress at weaning, according to new research.

Speaking at the British Society of Animal Science Conference in Nottingham, Writtle College student Harriet Stevens said attaching a Quietwean nose flap on to calves several days before weaning – preventing the calf from suckling from the dam – reduced calf stress at weaning.

Nose flaps which are more commonly used in Canada, are lightweight, non-invasive plastic tags which hang from the calves’ nose.

“When calves were weaned with nose flaps they vocalised significantly less than calves that were weaned early from there mothers or left on for the same amount of time as calves with the nose flap,” she said. Calves also spent more time lying and ruminating which is also indicative of that nose flaps at weaning confers a welfare advantage compared with traditional weaning in calves, she added.