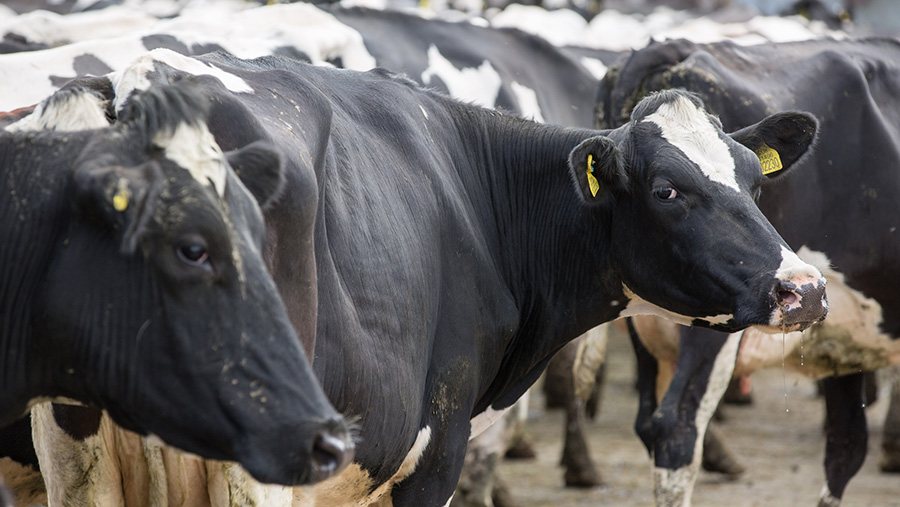 Cattle farmers could significantly reduce the time taken to treat the fever associated with acute mastitis by swapping injections for a newly approved pour-on, according to MSD Animal Health.

The company has been given the go-ahead by the Veterinary Medicines Directorate (VMD) to market its Finadyne Transdermal non-steroidal, anti-inflammatory pour-on as a treatment for reducing pyrexia linked to acute mastitis.

MSD was previously granted a licence allowing it to claim the product is efficient in reducing pyrexia ­– a fever or abnormal increase in body temperature – associated with bovine respiratory disease (BRD).

It can now also claim the product – the first of its kind to treat animals – is effective in treating pyrexia related to acute mastitis.

He added that cattle farmers who opted for the pour-on over injections could reduce the time it took them to treat cattle by more than 60%.

It would also reduce the stress experienced by cattle when restrained, he said.

“The single pour-on application means less stress for the animal, and milk from lactating cows can go back in the tank in just 36 hours. In addition, use of a pour-on NSAID means reduced use of needles and better animal well-being.”