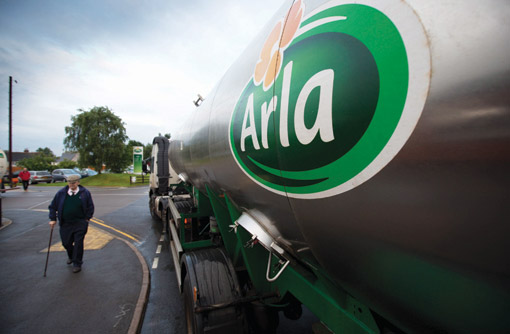 In December 2011 the European Parliament and the European Council agreed a new EU dairy package. Central to the package was the opportunity for dairy producers to organise themselves into producer organisations to strengthen their position in the dairy supply chain.

The question is – what does this mean for a dairy farmer?

What is a producer organisation?

In its simplest form a producer organisation is a legal entity formed by a group of farmers that carries a particular status under European law. As long as a producer organisation complies with the conditions set out in accordance with the European regulations and is recognised by the competent authority, which in the UK is the RPA, it can take advantage of exemptions with respect to competition law. This will allow the producer organisation to negotiate contracts, including price, for the delivery of raw milk on behalf of its farmer members.

Producer organisations will encourage collaboration between farmers. This is important because it can help bridge the gap that exists between farmers and the rest of the supply chain. Generally farming businesses tend to be small with a fragmented geographical spread, very different to their food company customers which tend to be larger consolidated operations. Collaborating through a producer organisation brings farmers together to help consolidate supply and collectively negotiate in a way that they would not be able to achieve as individuals.

But it is not just about negotiating a better price which ultimately is limited by what the market can pay. There are also other benefits that collaboration between farmers can bring such as agreeing more appropriate contractual terms, optimising production costs, co-ordinating production, building a brand proposition or exploring new market opportunities.

Ultimately producer organisations have the potential to offer dairy farmers a new way in which to engage with the supply chain to rebalance bargaining power and develop better more mutually beneficial relationships between all parties. However, there is a risk that the establishment of producer organisations could lead to greater market fragmentation enabling processors to play one off against the other, thereby pushing prices down.

Setting up a producer organisation

Defra has recently announced that it is ready to start registering producer organisations in England and Wales. But establishing a producer organisation will require time, effort and expense. For example, it is important early on in the process to define what it is that the producer organisation is setting out to achieve, what advantages it will deliver to members, how it will practically operate and how existing customers might react to its formation.

Producer organisations are not silver bullets that are going to change the fortunes of dairy farmers overnight, but for some, if set up for the right reasons, they could offer real benefits.

* Duncan Rawson is a partner with the leading agri-food consultancy EFFP. He specialises in the formation and running of agricultural co-operatives and in recent months has been working with both the NFU and Defra guiding them on the role of producer organisations in the dairy sector. Email drawson@effp.com