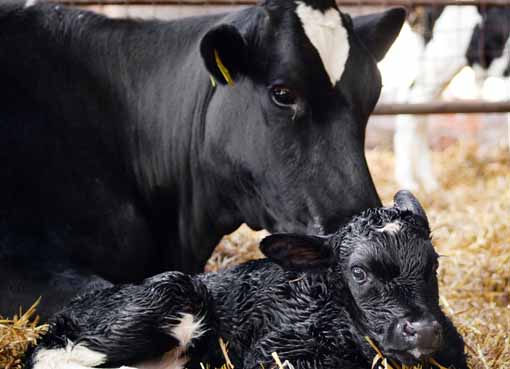 • A cattle health assurance scheme, with the aim of improving health and performance of beef and dairy cattle in the Syyouth East

• Allows producers to print out a one page declaration form of their herd’s disease status, which is signed by the vet. This can help increase the value of stock when sold on

• Vets and labs keep site up to date with latest test results – after one year if records are not updated, status automatically sets to the lowest setting (bronze)

• Herds are classified as:

– Bronze – Enrolled on to programme but don’t know status

– Silver – Some steps have been taken to control the disease

• The project is in its second year. The first year was funded by EBLEX

• The aim is to identify herds at risk of Johne’s, protect herds and control spread

• Uses My Healthy Herd software to manage and monitor a herd’s disease status. This includes a number of tools to help farmers manage the disease

• The project has been so successful, it is now being extended into the North West, as part of Livestock North West.

Between February and April 2011 The Welsh Regional Veterinary Centre ran a project funded by the Dairy Development Centre (DDC) at Gelli Aur to look at Johne’s disease on the demonstration farms of the DDC. In total 13 farms were visited, of which seven were in north Wales and six in south Wales.

• The aim was to check for presence of Johne’s disease on farm, identify risks for introduction and spread of the disease on farm, and formulate a strategy to combat Johne’s on the specific farm

• Both the lab results and farm specific risks were discussed with the farmer, and a strategy to combat Johne’s discussed. This may have involved addressing specific risks of disease entry, using regular testing to identify medium and high risk animals, management strategy for medium and high risk animals, monitoring annually with a 30-cow check-test.

• There is no regional funding in Scotland, but local initiatives do exist

• It is down to individual vets to advise and implement

• Cattle Health Schemes are national programmes for the monitoring, control and ultimate eradication of Johne’s, BVD, leptosporosis and IBR

• The entry level to a Cattle Health Scheme only requires routine monitoring (which in dairy herds is by regular bulk milk testing). This will give a good assessment of the health status of the herd.

• Once the health status for any of these diseases is known, then the herd may progress through a programme of control and eradication to eventual accredication of disease-free status.

• At present the most frequently used diagnostic test is an ELISA which detects antibodies to Map in blood or milk. However, as antibody levels increase as the disease progresses these tests are more suited to detecting animals at the later stages of disease and fail to identify all animals in the pre-clinical stage.

• Furthermore, animals produce antibodies following infection by other mycobacteria, which cross react with the antigens used in the ELISA and can cause false positives.

• The new test detects the cell-mediated immune response to Map infection, which is the primary response of an animal to infection. It is based on the γ-IFN ELISA used to diagnose bovine tuberculosis in cattle but incorporates novel antigens that make it specific for Map.

• The test is currently being trialled and validated on selected farms. The test will complement existing tests but will be particularly useful for testing replacement stock before introduction to a farm and for breeding stock.