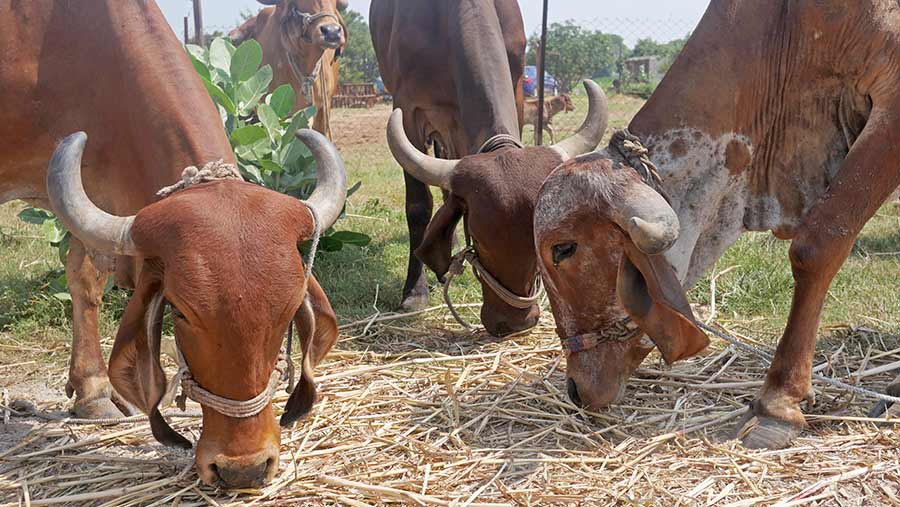 The scale of farming on the subcontinent is mind-blowing, with well over 500m farmers forming the backbone of the nation’s industry.

Around 75m of these farmers are dairy producers, with an average herd size of just one-to-five cows on a holding of anything from one acre to no land at all.

These farmers account for a total of 18% of the world’s milk production, making India the largest milk producer on the planet.

See also: 7 top tips for attracting the right staff to your farm

However, as urbanisation drains the countryside of residents and populations in India’s megacities boom, demand for milk and dairy products is higher than it has ever been.

The result is a fragmented industry with highly varied dairy systems. 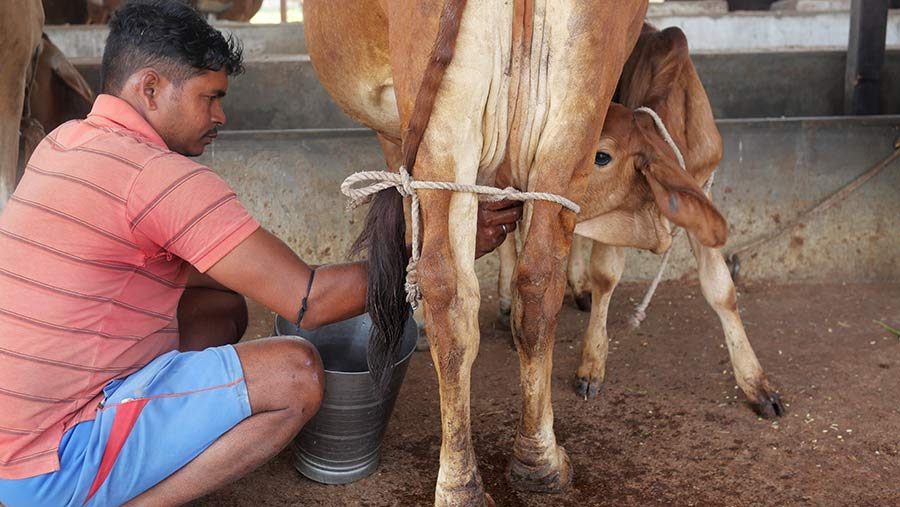 The past 80 years have seen the majority of Indian dairy farmers turn to buffalo and western breeds in search of higher yields and fat contents, slashing the indigenous cow breed population.

Since independence in 1947, more than half of India’s 75 native cow breeds have all but disappeared, with many only saved from extinction by regional royal families, seen as the spiritual guardians of these breeds.

Indians allege that these native cattle were subject to “biopiracy” under British rule, with their semen exported to the US, Brazil and Australia, the progeny of which now form the backbone of the global beef trade.

Each cow currently produces around 12 litres of milk a day, with the aim to produce third- or fourth-generation animals that produce between 2,000 and 3,000 litres during each 121-day lactation.

Milking requires highly specialised staff as cows will not give milk without the presence of its calf.

This means each cow suckles its calf while being milked, losing half of its daily yield.

Farmers say that cows get smart to this technique, so each day milkers have to alternate which teats are milked, and which are suckled by the calf.

Indigenous do not drop yields for 12-15 lactations and if they are taken care of with a proper diet should maintain production up to 25 lactations, farmers claim.

Animals are hardier than imported breeds and do not drop yields when temperatures increase and have relatively low instances of mastitis at around 2% within the herd.

They also rarely require any sort of medication.

Milk is sold raw and arrives with consumers two to three hours after milking, delivered by a fleet of motorbike riders.

Average prices range from r60 to r220/litre (66p-220p/litre), however, the farm assesses the financial position of all of its customers and sets a price accordingly.

Dung and urine from the cows are also highly prized for their medicinal qualities and are retailed.

Urine is sold for drinking for about r20/litre (22p/litre), while dung is made into cakes for ritualised burning, retailing at r18/kg (20p/kg).

Rumours abound among farmers as to the medicinal qualities of indigenous cows’ milk.

These range from the animals converting cosmic rays into pure gold, which is said to be present in milk, while others insist cows tailor their diets to include plants and herbs that cure the ailments of their keepers.

Animals are kept on the farm for their whole lives and are retired to graze until they die naturally. 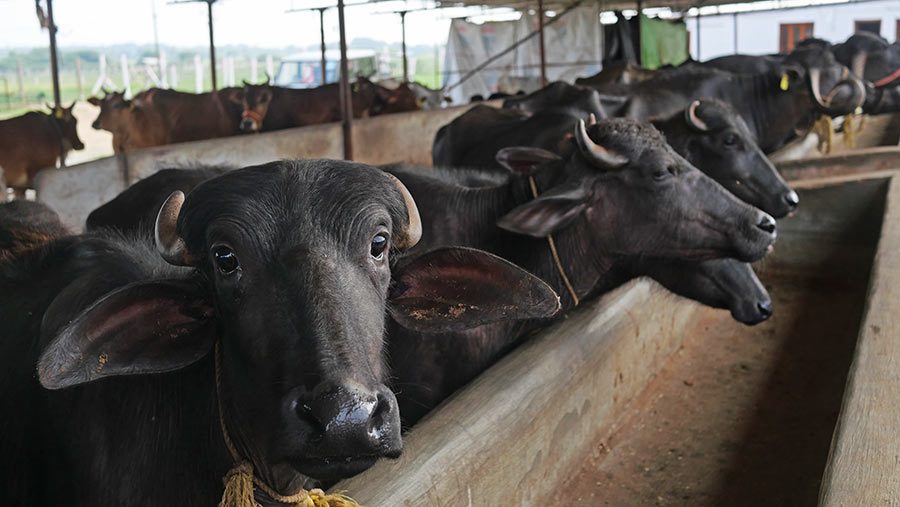 Sid’s Dairy aims to corner the ethical, conscientious consumer market that is currently booming in Hyderabad, a city in central India with a population of 6.8m.

The company has 180 milking animals, but collects and processes milk from a further 600 cows across the surrounding area, before it is delivered to 7,000 customers in the west of the city by Sid’s 100 delivery motorbike boys.

The past couple of years has seen Indian consumers become a lot more food conscious – in light of the sale of synthetic milk, a poisonous imitation product created with chemicals to resemble milk, allowed by India’s notoriously easy-to-navigate food standards.

To counter the rise of synthetic milk, the farm sends free testing kits to consumers so they can check for hidden nasties within the milk.

The farm is currently experimenting with its first purebred Holsteins, which each cost r70,000 (£768).

The farm owner says they are extremely sensitive to heat and take around 10 days to acclimatise before they can be milked.

Cow’s milk retails at r65/litre, while buffalo milk, with its higher fat content, sells for r80/litre, giving the farm a margin of just r12/litre (13p/litre) and r27/litre (30p/litre) for the different types, respectively (see box for COP).

The farm says it is impossible to compete on costs with smaller producers, who, while enjoying free public grazing, have no feed costs.

However, haulage charges mean they cannot transport milk outside of villages.

Sid’s is currently in the process of substituting bought-in concentrate for homegrown replacements to save costs and encourage better animal nutrition.

These include drumstick tree, vegetable hummingbird, gliricidia and mosquito ferns all grown on site among marigolds to keep pests away. 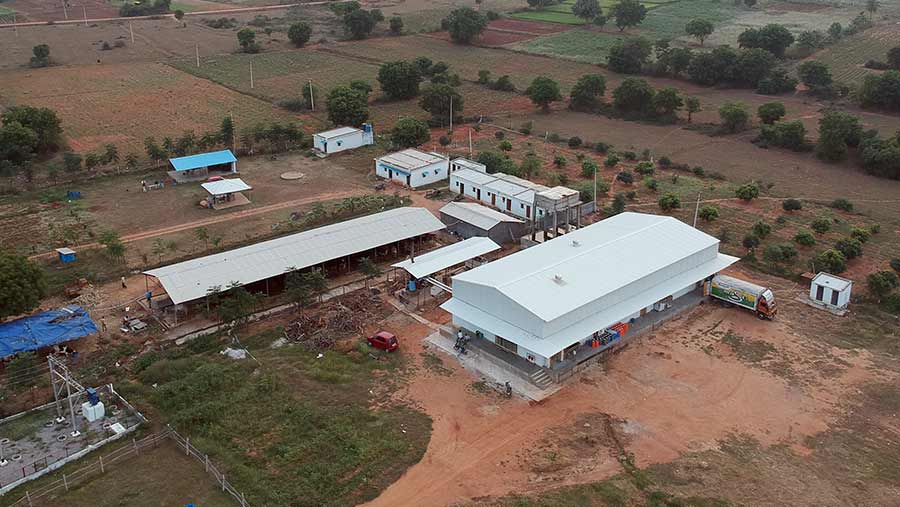 The marigolds are later sold to religious temples during the winter festival season.

Antibiotics are used to treat illness, but milk containing them is not used until all traces disappear.

Sid’s has a policy where suppliers with milk containing antibiotics are still paid for in full by the processor, unlike in the UK.

Cows are retired to a local Goshala when they stop producing milk.

These are publicly funded farms for cows to live out remaining years instead of being sent to slaughter due to their religious significance. 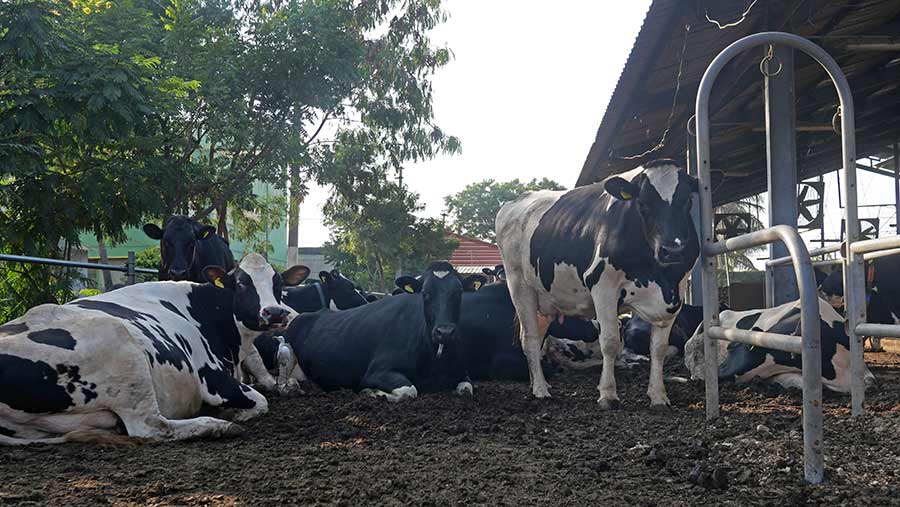 Large, housed dairy systems in India are comparable to their UK counterparts, with the exception of new technology replaced with large workforces.

Milking takes 3.5 hours twice a day, with each cow producing about 6,000 litres of milk a year.

The larger the scale of farm, the tighter the margins as the milk begins to compete as a commodity.

This means the farm cannot afford to retain male calves, which are sold to the culling industry.

The farm uses 100% artificial insemination of its purebred Holstein cows and aims to inseminate heifers at 17 months.

Fluctuations in temperature, which peak at 50C in the summer, can have a negative impact on yields of up to 20%.

Haveli tries to mitigate against this with fans, mist sprays, high ceilings and open sheds but, in reality, animals struggle to maintain yields and some do die. 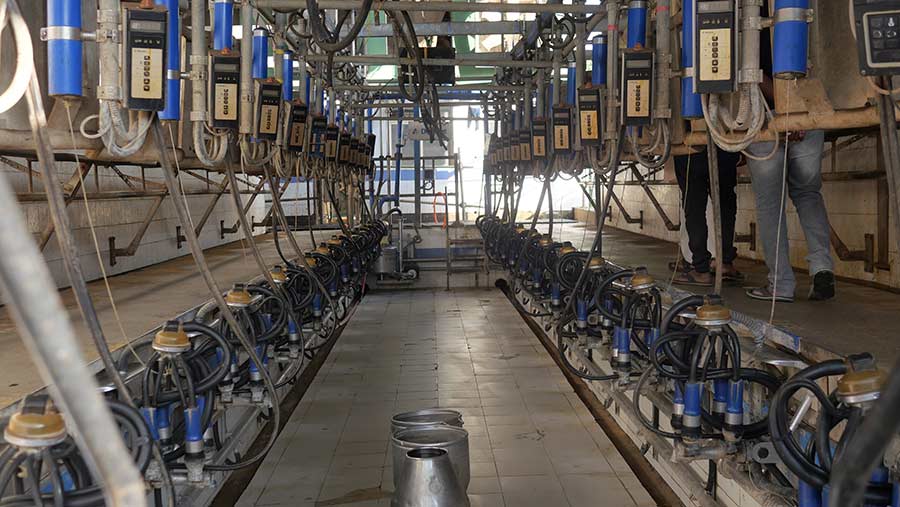 Farmhands have to be constantly on the lookout for tropical parasites, which, if left untreated, cause large internal flesh wounds that become infested in the searing heat.