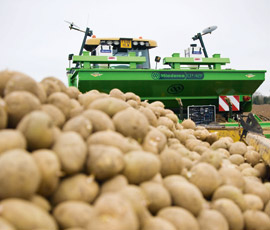 Risks when buying from abroad

Purchase of cattle from Belgium has resulted in a form of mange (psoroptic mange – similar to sheep scab) occurring on a small number of farms in the UK.

This has the potential to become the most common skin disease in cattle with associated severe production losses and welfare concerns, according to the Animal Health and Veterinary Laboratories Agency.

This form of mange can become dormant, so infected cattle cannot always be identified.

It is also difficult to treat, with repeated treatments necessary to eradicate.

While primarily seen in beef cattle, there is no reason why psoroptic mange could not spread to dairy heifers.

The major concern here is once they are milking, the treatment options are restricted or involve prolonged milk discard.

The import of in-calf dairy heifers from Holland resulted in a number of heifers suffering severe fatty liver and some deaths from liver failure.

This was noted by a number of XL Vets practices, including Shepton Vets. The precise reason for liver failure was not identified, but frequent movements, group changes and feed changes in late pregnancy were thought to result in repeated disruption to feed intake.

Due to the calf continuing to draw its energy needs from the heifer, these small upsets resulted in a more serious condition similar to pregnancy toxaemia in sheep.

Under the Welfare of Animals Transport Order (WATO) 2006, it is illegal to move cattle in the last four weeks of gestation.

Experience with heifers suffering liver failure indicates that not only is it illegal, but additional care must be taken with animals in late pregnancy to minimise upset and ensure good feed-quality and access.

Not all diseases are exotic. Bovine viral diarrhoea (BVD) is a widespread virus estimated to cost the UK industry £40m annually.

One of the most likely means of introducing BVD into the herd is through the purchase of a pregnant heifer.

Even when the herd is vaccinated there is no guarantee this heifer was either vaccinated, or responded to vaccination, prior to service. BVD infection during pregnancy can result in infection of the calf in the womb.

When the calf is born, it is persistently infected (PI) with BVD and will shed large amounts of BVD throughout its life.