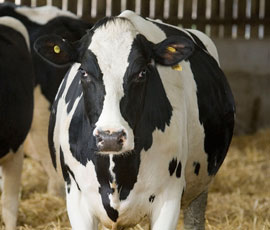 Speaking at the Large Herds Seminar, Gloucestershire, he advised the following: