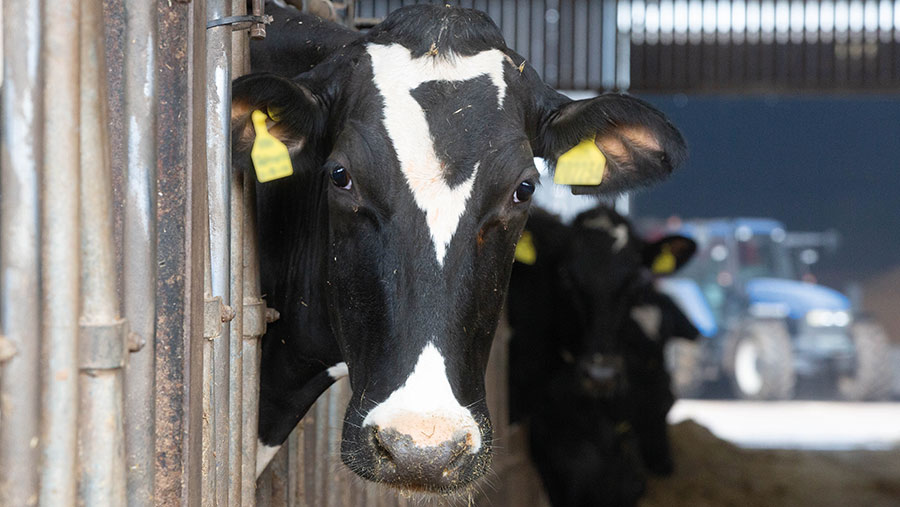 The use of critically important antimicrobials on UK dairy farms fell by 98% between 2018 and 2021 and nearly 80% of dairy farmers exceeded industry antibiotics reduction targets.

This is according to a new study published by dairy specialist Kingshay.

This is 26% below the target set by the Responsible Use of Medicine in Agriculture Alliance (Ruma).

In the year ending March 2021, 79% of dairy farms were using fewer antimicrobials than the target of 21mg/kg PCU.

However, the report revealed there is an opportunity for increased uptake of teat sealants as an alternative to antimicrobials in the dry period, with 37% of farms not using them at all.

“I think that one of the main driving forces for this was the change in the Red Tractor standards in 2018, which stated that HP CIAs must only be used as a last resort under veterinary direction,” said Ms Ford.

The dataset shows there was an overall reduction in antibiotics usage in dry cows over time, explained Tim Potter, senior clinical director at Kingshay and Westpoint Farm Vets.

The rate of use of antibiotics tubes was 20% in dry cows and 32% in lactating cows, below Ruma 2020 targets (see table).

“Selective dry cow therapy is a key tool for dairy farmers to embrace to look at how they can move away from blanket prophylactic use,” said Dr Potter.

However, usage of teat sealants actually declined over the 2018-21 timeframe.

“Teat sealants are there as a way of providing additional protection through the dry period and I think there is an opportunity here for further engagement,” said Dr Potter.

He acknowledged that they could present challenges, especially for producers on cheesemaking contracts. But he believed many potential issues could be staved off with better training on their infusion and removal.

“One of the areas we’re seeing real interest in, and actually a lot of herds are really benefiting from, is making sure herds are getting people and their teams appropriately trained around administration,” he said.

Ms Ford explained there was no correlation between antimicrobial usage and any key herd characteristics such as size, yield or breed.

“This demonstrates that it’s possible to make strides in reducing antimicrobials use in any farming system,” she added.

* Measurements recorded in mg/kg PCU, the unit developed by the European Medicines Agency and used for industry benchmarking.

The herds included in the report consisted of: