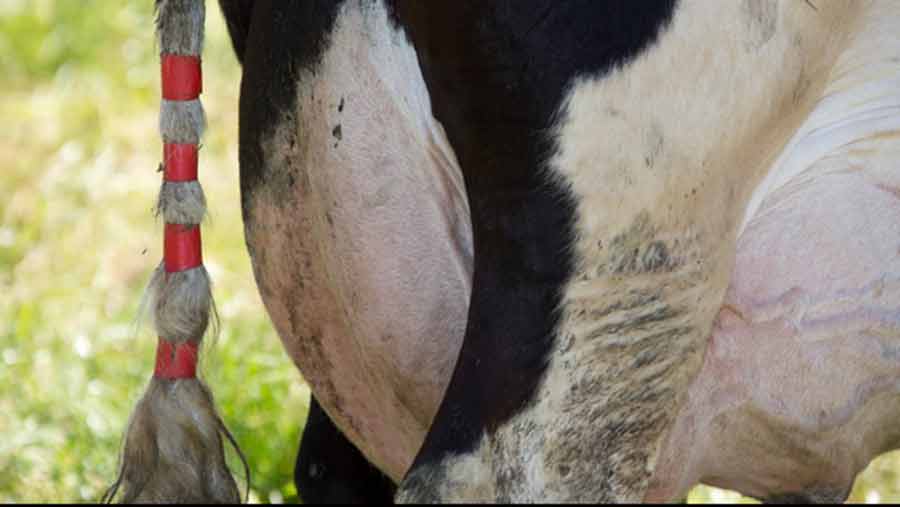 Tail docking is prohibited in the UK, meaning tails have to be kept at full length. © Tim Scrivener

An ultimatum has been given to 90% of the US dairy industry to phase out routine tail docking in dairy cows.

The board of the National Milk Producers Federation (NMPF) hastened a resolution by five years to set 1 January 2017 as the date for discontinuing the harmful practice on dairies participating in a national welfare programme.

The Famers Assuring Responsible Management (Farm) Animal Care Programme was formed in 2009 to highlight industry progress on animal welfare and currently represents over 90% of US milk supply.

Speaking in October, NMPF president and CEO Jim Mulhern said science, technical advice and requests from customers and consumers “are all aligned” on the issue of tail docking.

Tail docking was prohibited in the UK under the Mutilations (Permitted Procedures) Regulations 2007. According to a letter in Veterinary Record in 2011 reporting a “small number” of tail docking instances in UK dairy calves found during routine inspections.

But its practice varies within the US, depending on region and state.

Maarten Boers, a veterinarian at the Livestock Partnership, told Farmers Weekly that cleanliness and clean environments were better ways of preventing tails becoming a source of environmental mastitis.

Tail trimming is routinely carried out to clean tails during high-risk periods such as the winter periods or after housing, he added.

He said in the US tail docking is often carried out to prevent mastitis.

“Much tail docking is done to prevent clinical mastitis cases on the much more productive, high yielding, hind quarters which have larger orifices.

“There is a strong suspicion in the industry that having larger orifices and high production and being being located closer to the tail is why we see more mastitis cases in the hind quarters, although research is yet to prove this.”

He stressed that in the UK surgery to remove part of the tail of cattle must be performed only as a therapeutic action in response to injury or disease, such as when a tail is broken or trodden on by other cows.