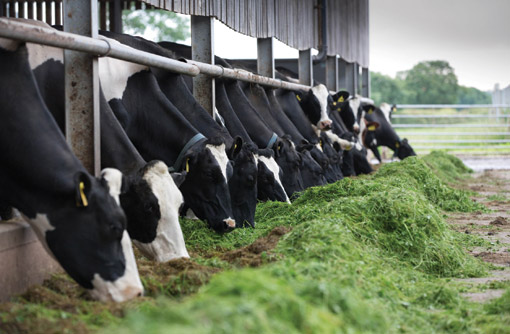 Significant price fluctuations are making the soya bean meal market hard to predict at the moment, as changeable weather in the US continues to cause reactions.

Recent dry weather resulted in prices rallying for a period, and although this latest threat to US soya bean yields has now passed, expect volatility to continue while the crop remains vulnerable.

This “weather market” will continue throughout August, though predictions are still for a good crop overall, with the expectation that prices will ease once harvest begins in September-October. However, it’s important to stress how much this crop is needed to bolster export availability and world stocks, so any significant period of adverse weather during August could easily push prices higher.

On top of that, the logistical issues limiting soya bean exports from Brazil are still ongoing, causing supplies to be extremely tight right through until the end of September. As a result, soya bean meal prices for July-August delivery are now up to £430-440/t, with just a £10/t discount for September contracts.

In comparison, October deliveries are £20/t lower, with forward contracts for the winter (November-April) currently around £365/t.

Given these uncertainties, and the restrictions on supply, the sensible move is to cover all requirements to the end of September as soon as possible. It could also be worth maintaining three months cover in the future until there are clear signs the issues in Brazil have been overcome, or the US harvest is safely gathered.

According to market analysts Oil World, soya bean meal production for the 2013-14 year is expected to rise 4.2% compared to last year, to 186.9m tonnes. This compares to a predicted consumption of 186.5m tonnes, highlighting not just how closely supply and demand are balanced, but also how overall figures fail to account for the short-term supply issues currently affecting prices.

In contrast, rapemeal availability is good, with prices dropping suddenly at the start of July following a slow June for the feed manufacturers, and a subsequent drop in rapemeal demand. Prices have picked up a little since, with spot prices hovering around £277/t at the time of writing, though a £40/t discount for August delivery confirms the view that prices are expected to ease.

Given the high price for soya bean meal until October, rapemeal is now looking great value for the August-September period at well under 60% of the cost of soya bean meal. Prices for November-April delivery are also looking favourable, though could follow soya bean meal down if prices do ease.

In terms of cereals and the energy feed markets, UK farmers are still reluctant sellers and old crop wheat is currently difficult to source, so take advantage of any “cheap” offers that appear. Globally, there’s a lot of uncertainty regarding yields and potential export volumes, with a number of conflicting reports.

Chinese authorities have predicted a 10m tonnes drop in wheat yields compared to last year, for example, yet rumours suggest this could be as great as 20m tonnes. However, there does appear to be a significant 30% increase in Black Sea region barley yields, and it’s been a good harvest in the UK so far.

Don’t expect prices to come tumbling down, though, as there have already been a number of boatloads sold from Humberside, Portbury and Ipswich to supply UK barley to Saudi Arabia and northern Africa. Global demand remains strong.

The good news is that wheatfeed, a good alternative to cereals, has dropped in price following a decline in demand and pressure on millers to clear surplus stock. Great value compared to wheat at the moment, wheatfeed is one of the current “best buys” for energy.

Winter prices may yet drop further if wheat prices come down, though at £150-155/t, current wheatfeed forward contracts for winter delivery are still better value than last year. Booking at least some cover would help guard against any unexpected price increase.

For digestible fibre, soya hulls are excellent value for the summer and winter, with prices easing slightly in recent weeks. Growing concerns surrounding the state of worldwide sugar beet crops, plus a spot sugar beet price in the £190s/t (£30/t higher than soya hulls), makes soya hulls contracts well worth considering at the current price. Soya hulls for November-April delivery are available for less than £170/t.

Information provided by KW Alternative Feeds, supplier of a range of feeds for UK farmers. Prices correct at the time of writing and subject to change. Unless otherwise stated, all prices quoted are for 29t tipped bulk loads delivered on-farm within 50 miles of origin.