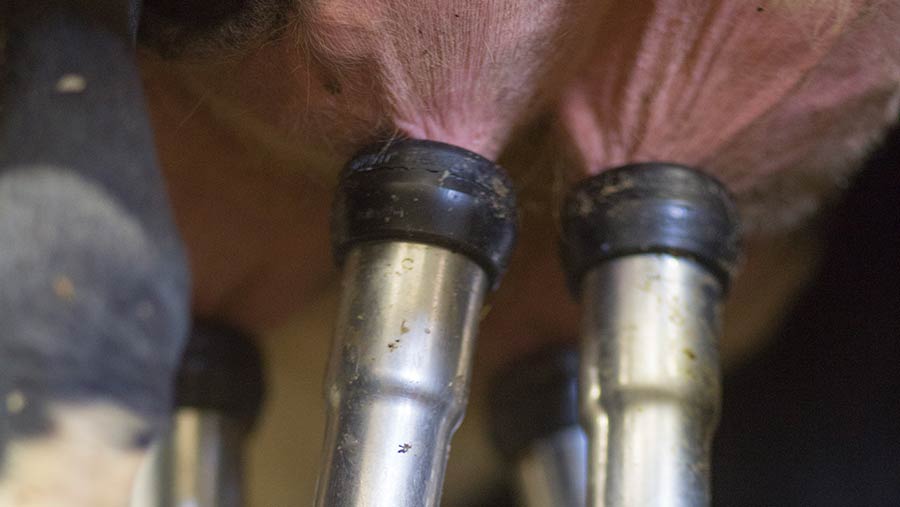 Farmers who have been forced to cut corners to overcome severe slashes in milk price must take action to protect cow health and productivity.

“A lot of people have had to make some quite difficult decisions because of the extreme pressure on milk price through the winter and spring,” explained independent nutritionist Hefin Richards of Profeed Nutrition.

He said many farms had reduced inputs in key areas and long-term performance was now compromised. These included feed levels and quality and dry cow and transition management programmes.

He added some farms had also reduced routine fertility visits by vets in a desperate bid to cut production costs and stay in business.

He added some of these farmers were now looking at how they could quickly get production back on track in response to improving milk prices.

With forage looking variable in quality and second cuts faring worse, he suggested farmers looked at their forage quality and work out how to balance rations cost-effectively.

“It is frustrating because people are looking to step things up and they have forage that isn’t playing ball. But bear in mind you don’t want to buy milk.”

With milk price steadily improving, he said the temptation was to ramp up production, but Mr Richards warned farmers should not “blindly” choose to produce litres if it is not economical.

“There is still a wide variation in terms of milk price and contract terms, which means the true value of additional litres is significantly different between farms.”

“There is nothing more frustrating than having a clamp of poor silage blocking access to higher-quality material when seasonality makes getting extra milk now far more attractive than in late winter.”

However, Mr Richards said there were ways around it. “One guy took the back out of the clamp to access good-quality first cut and is targeting first cut at fresh cows and second at dry cows,” he explained.

Vet Dan Stevenson from Lambert, Leonard and May said cutting costs on fertility was a false economy because it was a key production driver that couldn’t be turned on and off easily.

Instead of reducing vet visits or vaccine purchases on a whim, he suggested sitting down and looking at the areas of highest vet and med spend and reviewing how to reduce it in conjunction with your vet.

For those who have already cut corners he said the focus must now be on analysing farm data to ensure fertility performance doesn’t slip further.

“It is never too late. Acting at some point is better than not acting at all.”

For example, he said farmers should benchmark real-time 21-day pregnancy rates against targets.

Mr Stevenson said monitoring how many animals returned to service each month as well as recording problem breeders was also key.

“Being aware of this information will allow you to pre-empt pregnancy problems and intervene before it affects production.”