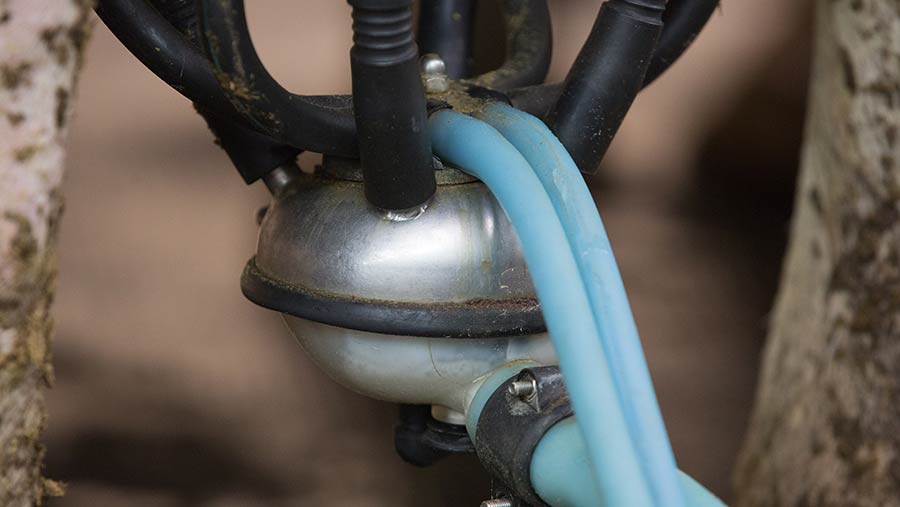 A Scottish dairy farmer has been forced to dump 75,000 litres of raw milk after snow drifts blocked routes for collection tankers, Farmers Weekly can reveal.

As temperatures plunged as low as -9C paralysing road networks and cutting off farms the producer had no choice but to ditch milk worth £23,000.

The dairy farmer said the experience had been devastating for everyone involved.

“It’s been very difficult for the farm and everyone here who work so hard to keep our herd in the best shape possible.

“To carry on milking three times daily in such adverse weather and ensure all the cows and calves are safe and dry and then to have to discard the milk has been very disheartening for our staff,” the producer told Farmers Weekly.

“Our processor did try and get through to us but were turned back by police on Thursday [1 March] as the conditions were too bad.”

The farmer added the farm would just have to keep going and work harder to shoulder the costs of the losses brought about by the adverse weather.

A milk tanker managed to get through to the farm on Friday (2 March), after the farmer plotted a new route and their team of staff cleared roads with their own plough.

What to consider when buying insurance for your milk

With many processors placing responsibility on producers to shoulder the cost of uncollected milk, Farmers and Mercantile branch manager Matt McWhirter estimates that only about 30% of producers would have insurance to cover the costs of wasted milk. He explains what to consider when looking at purchasing insurance for uncollectable milk: