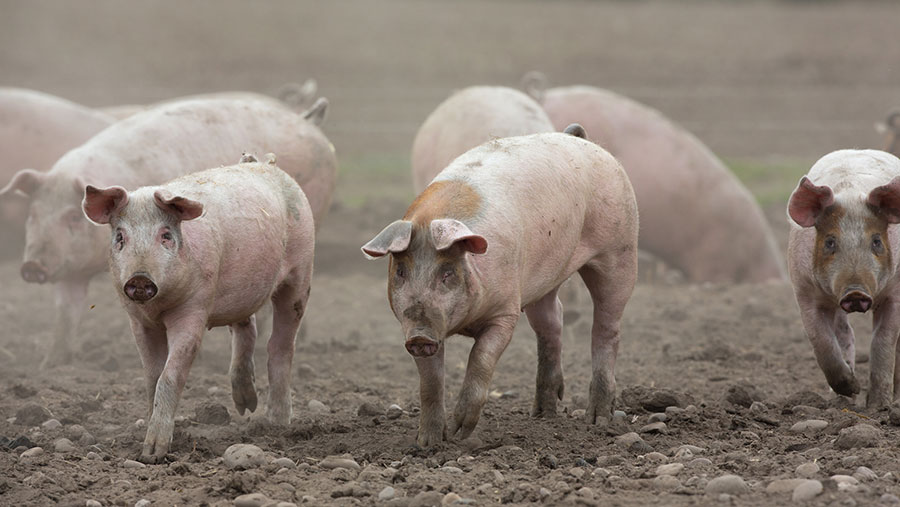 A successful electronic identification and DNA testing trial offers traceability opportunities for the pork industry, which could improve performance management.

The end-to-end traceability project, sponsored by AHDB Pork, explored the possibility of using data to assess traceability in the pigmeat industry proving it possible to trace meat samples back to individual maternal sows.

Dominic Charman, technical manager at AHDB Pork, said: “It’s the first time, we think, we’ve tracked DNA from a carcass back to a maternal sow.”

“This project is about how we can use data and how we can use traceability to improve the reputation of the industry,” Mick Sloyan, strategy adviser for AHDB Pork, told attendees at the Pig and Poultry Fairy on 15 May.

The small-scale trial had two components:

The research was very successful:

AHDB Pork are working on development of a software programme to present the information recorded by EID tags.

The sophisticated software allows a producer to filter data to a very detailed level to look at the performance of progeny from an individual sow, or look at a particular parity, for example.

It also has the ability to capture medical information. And the use of predictive analytics could enable producers to predict the carcass weights of an animal, at an accuracy level of within 6kg, using birthweights and maternal sow parity.

Mr Charman thinks this data could help farmers to make informed breeding decisions, culling decisions and refine management based on the capture of grading information in the abattoir.

On the traceability side, the ability to track an animal from birth to slaughter can help measure performance, antibiotics reduction and industry reputation with consumers.

Mr Charman told delegates the EID and DNA tracking and testing cost about 70p per finished pig, which included tagging and weighing at birth.

This is in comparison with a 3-5p cost for slap marking pigs. However, Mr Charman believes there are costs to be gained from such recording, for example: