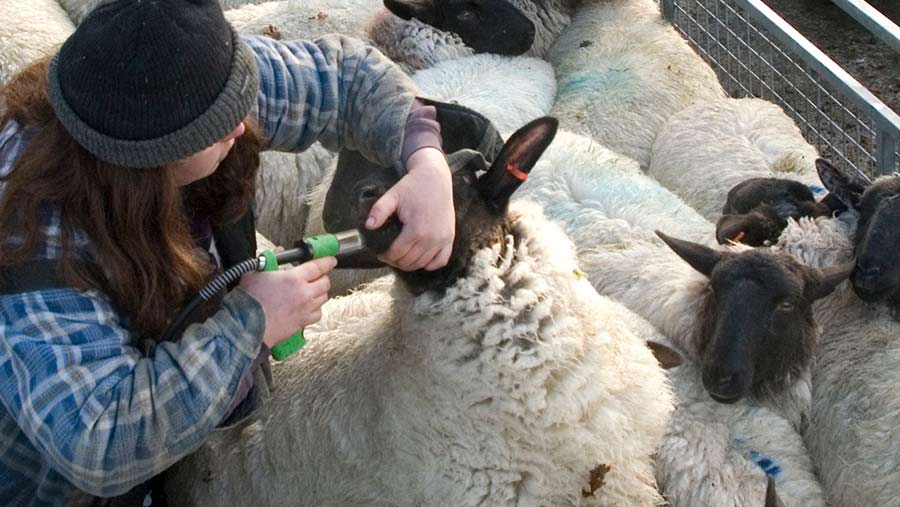 Dual active wormer Startect has been reclassified so that it can now be prescribed by pharmacists and suitably qualified persons (SQPs) as well as vets.

This should make it easier for farmers to get a prescription for the product through pharmacists and SQPs employed by their local agricultural merchants.

Startect is the only wormer on the UK market to contain two active ingredients from two different wormer groups.

With both products active against roundworms, they have a higher efficacy compared to the constituents as a single active wormer, explained Zoetis vet Dr. Dave Armstrong.

“The benefits over a single active are vast because it not only kills worms resistant to other products, but used routinely, as part of a parasite control plan, can help delay wormer resistance. This will help protect your flock from drench failure now and into the future.”

There are temporary supply issues with Startect in Europe at the moment, so farmers wanting to use the wormer need to speak to a vet, who can import it under license.

BVA  junior vice-president John Fishwick said: “We know that resistance to anthelmintics is increasing in grazing animals worldwide and needs to be addressed to avoid a potentially disastrous situation of being unable to tackle parasites. The reclassification of Startect Dual Active from POM-V to POM-VPS is in direct opposition to the trend in Europe, where we are seeing increased control over dispensing of anthelmintics in species where resistance is posing a serious threat to animal health, welfare and profitable production; we’re extremely concerned that we might start seeing resistance develop in Group 4 as a result.

“BVA believes that the prescribing of anthelmintics requires a level of control best provided by a veterinary surgeon who has the animals under his/her care, and is based on a sound clinical diagnosis.”

The difference between POM-V and POM-VPS

The Royal College of Veterinary Surgeons explains the difference between the two classifications: